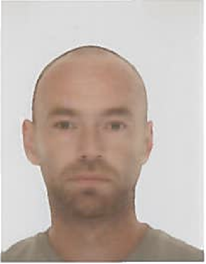 POLICE and the family of missing Kevin Shortt from the Dunmurry area are becoming increasingly concerned for his welfare.

The 35-year-old was last seen in the Woodside Walk area of Dunmurry on Friday, July 8.

He was wearing a grey “Superdry” jacket, grey trousers and black slippers.

Kevin is described as being around 5’11” tall, of slim build with dark shaven hair and a dark beard and has the names Andrew, Lewis and Caoimihin tattooed on his arms.

He is known to frequent the greater west Belfast and Drumbo Park areas.

Officers are appealing for Kevin or anyone who knows of his whereabouts to contact them at Woodbourne on 101 quoting reference 629 15/07/16.