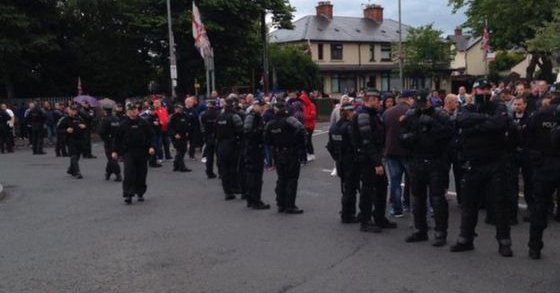 A stand-off between loyalists and republicans in north Belfast ended peacefully last night.

A crowd of about 200 gathered at the Ardoyne shops after a return Orange Order feeder parade passed off without serious incident.

Three north Belfast lodges were due to complete the return leg, but only one turned up at the police barrier on the Woodvale Road.

The Orange Order said the other two lodges dispersed before the barrier.

The order said this was because they were outside the 8.30 pm deadline which had been set by the Parades Commission for them to disperse.

Fr Gary Donegan, a prominent Catholic priest from the Holy Cross church in Ardoyne, said he was generally happy with the outcome.

“If you had said to me a few years ago we would have had a situation like this tonight with no recreational rioting, with no serious rioting, I would have grabbed this with both hands,” he added.

He said the police would need to consider their tactics over the Ardoyne stand-off.

The stretch of Crumlin Road has been the scene of violence in recent years.

The feeder parade and the protests passed off without trouble on Tuesday morning.

However, protesters at the Ardoyne shops heckled PSNI Chief Constable George Hamilton, shouting that he was not welcome in the area

This year, as has been the case since 2013, the feeder parade was not allowed to return by the same route on Tuesday evening.

It was hoped a solution had been brokered to the long-running dispute last month, but the deal fell apart at the last minute. 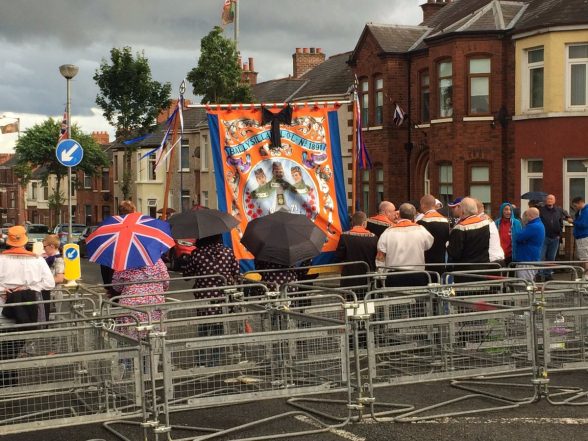