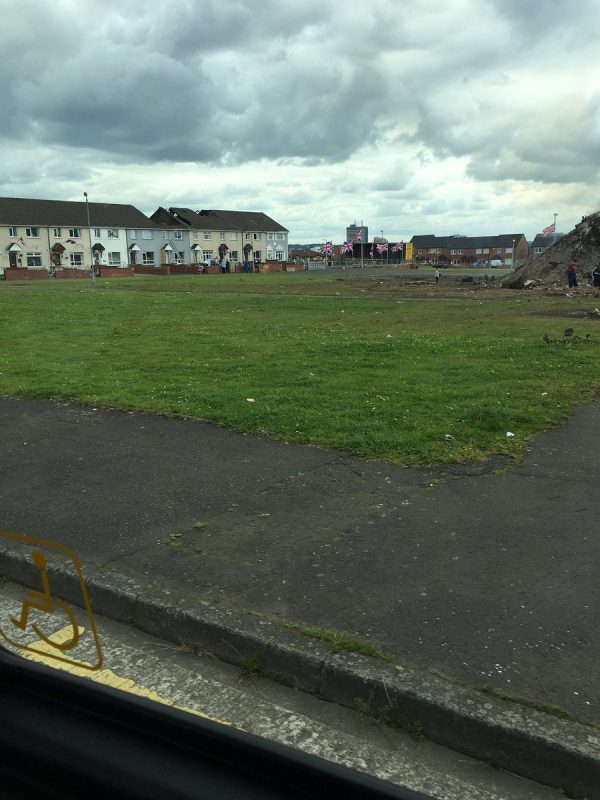 RESIDENTS had a lucky escape as two terraced houses were gutted and one damaged by the effects of a bonfire in the Shankill area of Belfast.

Fire fighters believe the house blazes at Hopewell Square may have been caused by burning embers carried through the air to the boarded up properties.

An investigation into the fires is underway.

Police officers who responded to 999 calls had to break down boarded up to doors to get to residents.

A security source told Belfast Daily: “Police officers had to break down doors to extract residents.”

Alan Walmsley of the Northern Ireland Fire and Rescue Service said crews were at the incident in Hopewell Square “very quickly” and that their “hard work” had prevented a row of terraced houses being destroyed.

“My thoughts are with the families, we have a number of properties that are now significantly damaged today,” he added.

He said at this stage they did not believe it was caused by radiated heat from the fire but possibly by burning debris.

“We believe there could have been the potential for hot burning embers being carried by wind landing on the roof and then making their way down and falling into the roof.”

Nathan Gray was attending the bonfire at Hopewell Square on Monday night and described the scene that developed as “crazy”.

“It kicked off about one o’clock in the morning, everyone was watching the bonfire and the next thing a lot of smoke was coming from the roofs beside it,” he said.

“The roofs started smouldering and one of them caved in at about five past one.

“People were starting to get moved from their houses.

“A man climbed through his living room window to get out, it was crazy.

“A couple of the roofs of the terraced houses collapsed.

“When we left at about a quarter to two it looked like the incident was under control.

The fire service said out of the 123 calls it had received on Monday from 18:00 BST, 42 were bonfire related.

Firefighters had to intervene at 16 of those fires.

Earlier in the evening in east Belfast, fire crews moved in to dampen down buildings next to a bonfire close to Cluan Place.

Environmental concerns have been raised about the burning of tyres at several locations where hundreds have appeared.

The Northern Ireland Environment Agency said they have issued five £300 fines over dumping at bonfires within the past two months. 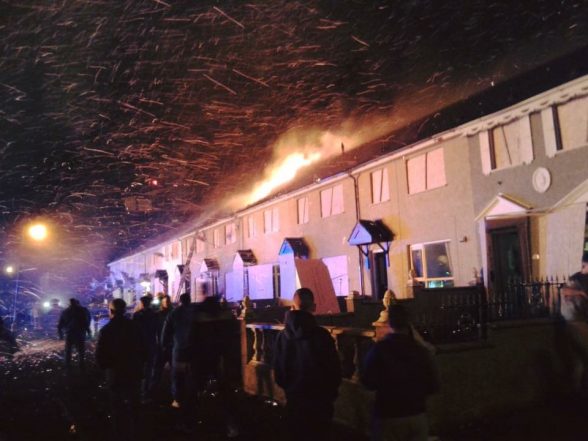