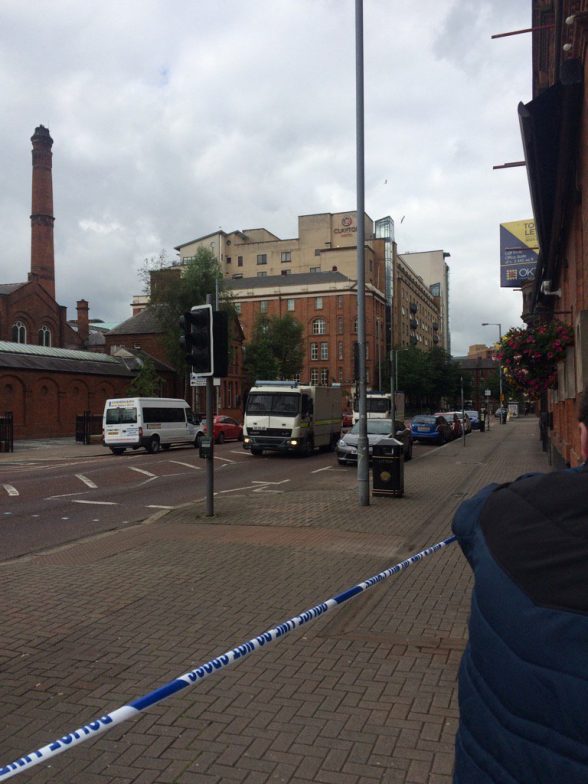 ARMY Technical Officers carried out a controlled explosion this morning on a suspect device in Belfast’s Ormeau Avenue.

The metal tube was dropped in the road from a passing car, close to the Dublin Road junction.

This is where the main Belfast Orange Order parade is due to pass later in the morning.

Television crews preparing to film the annual Belfast Twelfth of July parade, were told to leave the area for their own safety safety reasons.

A PSNI spokesperson said: “Security alert on Ormeau Avenue, Belfast is over.

“Suspicious object has been declared a hoax.”