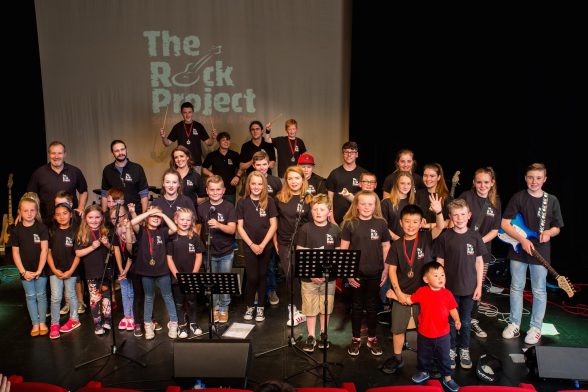 SHOWCASE: The talented youngsters took to the stage in the end-of-year concert.

TALENTED young people from Northern Ireland’s fastest growing contemporary music school brought an audience to its feet at their end of year concert.

Thirty members of The Rock Project Northern Ireland, which has music schools in Ballyclare, Newtownabbey and Holywood, performed their first gig in the Courtyard Theatre in Ballyearl.

More than 150 people filled the auditorium to watch performances by bands, trios and soloists aged 7-18.

Bill Andrew of Templepatrick who runs the schools said: “The concert was absolutely brilliant and showed how far these young people have developed as musicians.

“The tutors and students have been practising tirelessly for the concert and it really paid off.

“Less than a year ago, many of them would never have even played an instrument let alone imagined standing on stage and performing to a crowd. We were all totally blown away by the performances.”

Members of both the junior and senior sessions formed groups to perform 17 numbers ranging from the likes of the Rolling Stones and Queen to Elle King and Jason Mraz.

They were also treated to a ‘drum off’ followed by a performance by the tutors themselves and also an acoustic set.

Jenna Gilmour’s 13-year-old daughter Mya was one of those who took to the stage.

Having joined The Rock Project in September, Jenna has been amazed at her daughter’s growing confidence.

“Mya has always loved music and I was absolutely astounded when she walked into The Rock Project and started to play” she said.

“It’s done so much for her self-esteem and circle of friends. They’re always in touch with one another on social media and she’s made a lot of new friends through their combined love of music.”

The Rock Project Northern Ireland, which opened in September, offers young people tuition in drums, bass, guitar and vocals, from professional working musicians, the experience of playing in a band every week, and the opportunity to perform on stage at an end of year concert.

It will run summer schools for two weeks in August, before starting the new term in September.

For further details contact Bill Andrew on 07730 700006 or email ni@therockproject.com 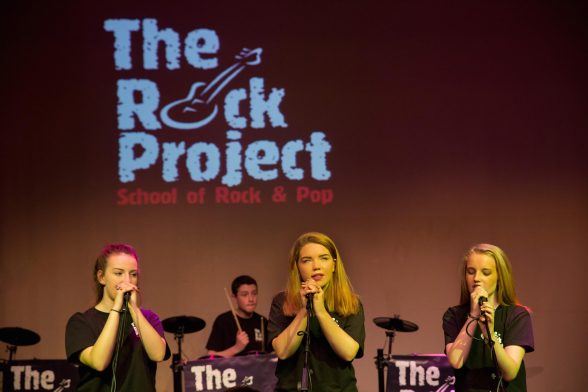 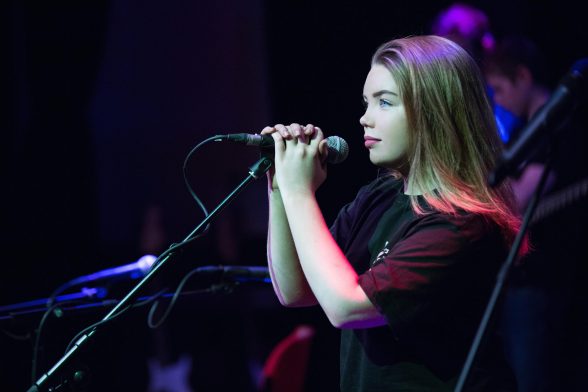 ON SONG: Vocalist Georgia Morrison thrilled the audience with her magical performance raised the roof.