MINISTERS APPEAL FOR CALM AT TWELFTH OF JULY PARADES 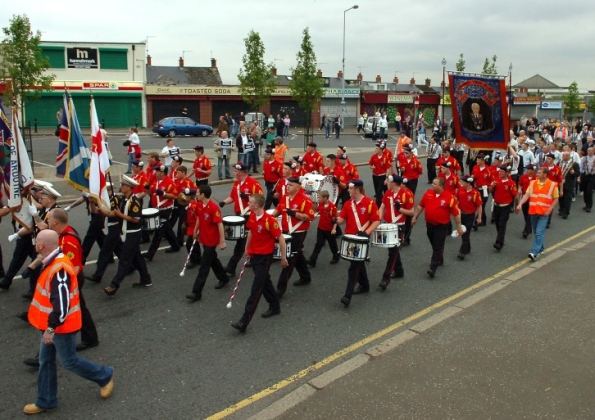 FIRST and deputy first minister along with justice minister have called for a peaceful and safe parading season.

Arlene Foster, Martin McGuinness and Claire Sugden said the celebration of different traditions in a peaceful manner had the potential to enrich society.

They called for any protests to be done in a peaceful way which would not undermine law and order.

Twelfth of July parades are being held across NI on Tuesday.

The overwhelming majority of parades pass off without incident.

A major security operation will be in place in Ardoyne and Twadell Avenue for a contentious parade which has seen violence in recent years.

“As we move into a period which has in the past resulted in heightened tensions, we encourage everyone to conduct themselves in a dignified and lawful way,” they said in a statement.

“We all have a responsibility to show leadership and to continue to seek resolutions to contentious issues through discussion and ensure any difficulties are identified and resolved peacefully thus showing respect for the views and wishes of everyone in the community.

“We want to build a future that is respectful, inclusive and vibrant.

“Dialogue and engagement are key to ensuring mutual understanding and co-operation, and we welcome the ongoing commitment of all involved to maintaining a peaceful and safe society.”

Eleventh night bonfires are due to be lit in loyalist areas later tonight.