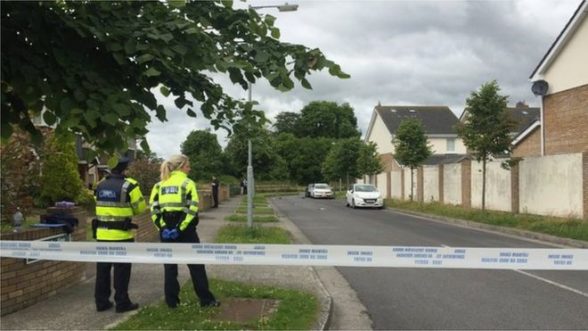 GARDA detectives investigating a shooting in the Republic have appealed for information about a car registered in Northern Ireland.

A 36-year-old man was critically injured in the gun attack at a housing estate in Lusk on Tuesday.

Gardaí say they want to trace the movements of a white Volkswagen Golf with a Northern Ireland registration plate XFZ 9316.

The shooting happened at about 9.35 am Dun Emer Place.

Gardaí are interested in any sightings of the car in Dun Emer Place or Kilhedge Lane in Lusk in the days prior to the attack.

The victim is still being treated for his injuries at Beaumont Hospital.