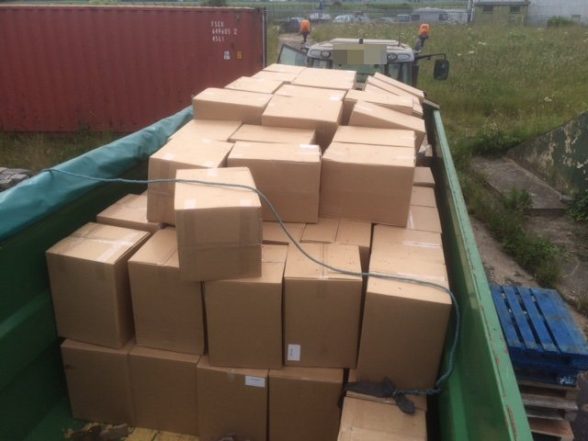 PSNI detectives have arrested a 41 year old man in England as part of an ongoing investigation into the supply of Class A drugs into Northern Ireland.

During searches in the Grimsby area, officers from the PSNI’S Reactive and Organised Crime Branch working with colleagues from Humberside Police seized an estimated ton of benzocaine which can be used as a bulking agent for cocaine.

Detective Inspector Pete Mullan, from Reactive and Organised Crime Branch, said: “Today’s arrest is part of an ongoing investigation into the supply of Class A drugs into Northern Ireland.

“With assistance from colleagues at Humberside Police we have carried out six searches during which an estimated ton of benzocaine has been seized.

“The suspect is being brought to Belfast for questioning.

“We are determined to tackle the threat posed to communities by illegal drugs.

“We will work with law enforcement partners across the country to apprehend suspected offenders and help keep people safe,” added DI Mullan.