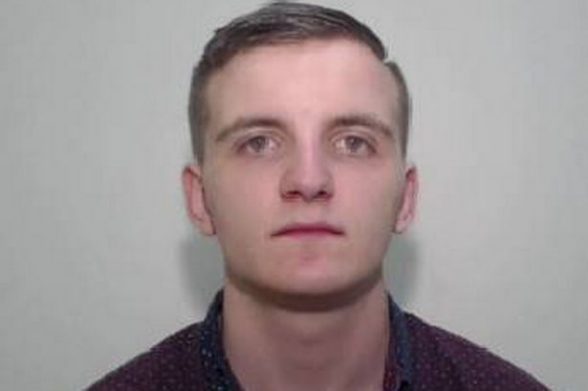 THE PSNI are on the alert for a teenage sex offender with links to Northern Ireland after he failed to turn up at his bail hostel.

Ryan Humpage, who was handed down an 18-month jail term in August for sexual activity with a minor, failed to return to the hostel in Bury on Saturday, Greater Manchester Police say.

They have issued an appeal for help in finding the 19-year-old.

Humpage was the subject of a cross-border manhunt before being jailed.

He had featured in a Crimewatch appeal by Lancashire Police in April last year over fears he may have fled to Ireland at the time he was wanted on suspicion of rape.

He was later arrested by the PSNI in Co Antrim and returned to England.

A Greater Manchester Police spokesman said Humpage had failed to return to Bradshaw House bail hostel in Bury “in accordance with his license conditions”.

The spokesman added: “He has links to the Bury area of Manchester, as well as Blackpool, Northampton, West Midlands, Ireland, Scotland, Preston and Northumberland.”

Humpage was detained in May 2015 by the PSNI at Shane’s Castle after he was spotted sleeping in a truck.

Police in the Republic had previously said there were reported sightings of him in counties Sligo and Kildare.

Anyone with information about Humpage’s whereabouts is asked to call Greater Manchester Police on 101 quoting incident number 020716/2506.

Alternatively information can be passed to Crimestoppers anonymously on 0800 555 111.