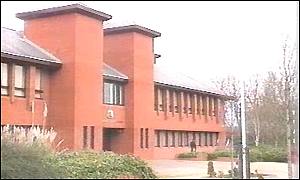 DETECTIVES investigating a spate of incidents in Antrim at the weekend have charged two men.

Both men are due to appear at Coleraine Magistrates’ Court this morning, Monday, July 4.

As is normal procedure the charges are reviewed by the Public Prosecution Service.

The men were detained following attempts in Antrim to rob an off licence and a shop in Greystones Shopping Centre, a fast food restaurant in Fountain Hill, and a knifepoint robbery at a pharmacy, also in Fountain Hill, between 1pm and 2.55pm on Saturday, July 2..