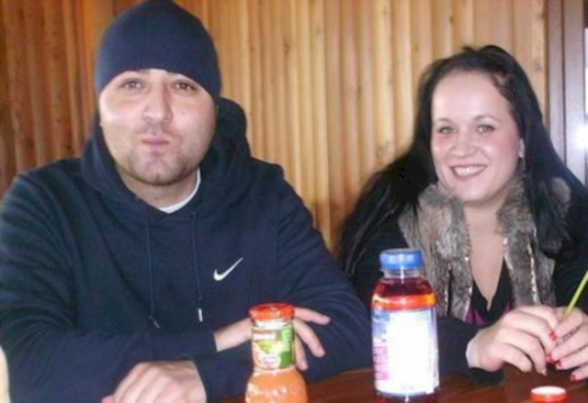 DETECTIVES from the PSNI’s Human Trafficking Unit have welcomed the jail terms imposed on a Romanian man and woman who admitted human trafficking and prostitution offences.

Ionut Ille (34) and Ancuta Schwarz (30) were detained three years ago as part of a joint investigation with Swedish police.

They were taken to Sweden where they received custodial sentences and fines.

After those sentences had been served, they were extradited to Northern Ireland earlier this year under European Arrest Warrants.

At first they denied the offences on arraignment, with Ionut telling the court: “I have already sentences for this in Sweden.”

But last month the defence teams asked for the charges to be to them again.

They then pleaded guilty to charges of human trafficking, controlling prostitution and money laundering and were today each sentenced to two years.

“We investigated the activities of an Organised Crime Group suspected of involvement in controlling prostitution and human trafficking in Northern Ireland and Sweden.

“This operation has been made possible through a Joint Investigation Team (JIT) agreement between the UK and Sweden.

“Eurojust, the EU agency set up to promote co-ordination between member states in relation to serious and organised crime, partly funded the operation.

“The operation was assisted and supported by Europol. PSNI and Swedish police liaised with law enforcement authorities in Romania.

“Officers carried out an arrest and search operation in Belfast in April 2013 as a result of which 13 trafficking victims were rescued.

“Working with law enforcement colleagues in various parts of Europe, we believe we have halted the activities of an organised crime gang involved in controlling prostitution and human trafficking in Northern Ireland, Sweden and Romania.

“The Joint Investigation Team agreement between the UK and Sweden was reached with the assistance of Public Prosecution Service prosecutors and has enabled our teams of officers to secure criminal justice outcomes in separate jurisdictions.

“Police will deploy every mechanism at our disposal to ensure victims are protected and that criminals are made to pay for their crimes.”