THE funeral will take place later this week of tragic Northern Ireland football fan Darren Rodgers who died at the Euro 2016 finals.

His family have provisionally scheduled a service for the 24-year-old Darren from Meadowvale, Ballymena, in the town at St Patrick’s Church of Ireland.

Emotional tributes were paid to Darren during the Ukraine game last week.

Fans have come together to raise thousands of pounds in memory of the two men.

Darren’s remains are not expected back in Ballymena until Wednesday or Thursday.

Darren – known as ‘Dar Dar’ to his friends – died suddenly in Nice after a fall of more than 20 feet from a promenade onto a rocky beach below.

He was the only son of Jacqueline and Paul Rodgers. Many fans have been wearing Northern Ireland shirts with ‘Dar Dar’ and the number 24 on the back in tribute to the popular Darren who was well known in Ballymena as a footballer in a local league.

At Northern Ireland’s second match of the tournament against Ukraine on Thursday players wore black armbands as a mark of respect. And both sets of fans gave Darren a huge ovation in the 24th minute of the game to coincide with his age.

‘Dar Dar’s’ death was the first death hit the Northern Ireland team and their legion of Green and White Army supporters who have travelled to France.

Supporters plan to applaud and chant Belfast man Robert ‘Archie’ Rainey’s name at tomorrow’s game against Germany in the 64th minute, to match his age.

“Rest in Peace, you will live on in our hearts and memories forever. With love from all your boys”.

Mr Rainey suffered a heart attack as he watched Thursday’s game in Lyon.

His heartbroken family said he died “doing what he loved best”.

The Irish Football Association has asked Uefa for permission for players to wear black armbands.

Northern Ireland boss Michael O’Neill spoke of his sadness at hearing of the news of Mr Rainey’s death.

He said: “We were all shocked when we heard this sad news after the game.

“The thoughts of all the players and the back room staff are with Robert’s family and friends at this time.”

Supporters at Thursday’s match who learned of the tragedy placed shirts, scarves and flags in the stand in Mr Rainey’s memory.

He took ill around 50 minutes into the game at the Stade de Lyon. 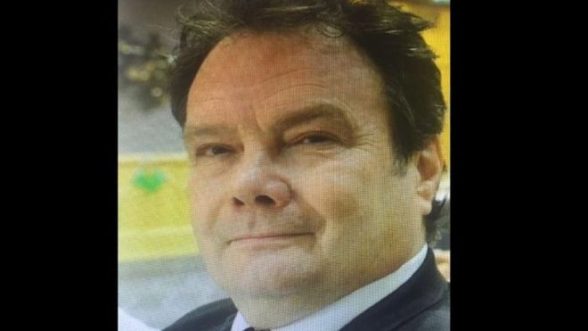 Robert ‘Archie’ Rainey, 62, who tragically died of a heart attack in Lyon during Northern Ireland game