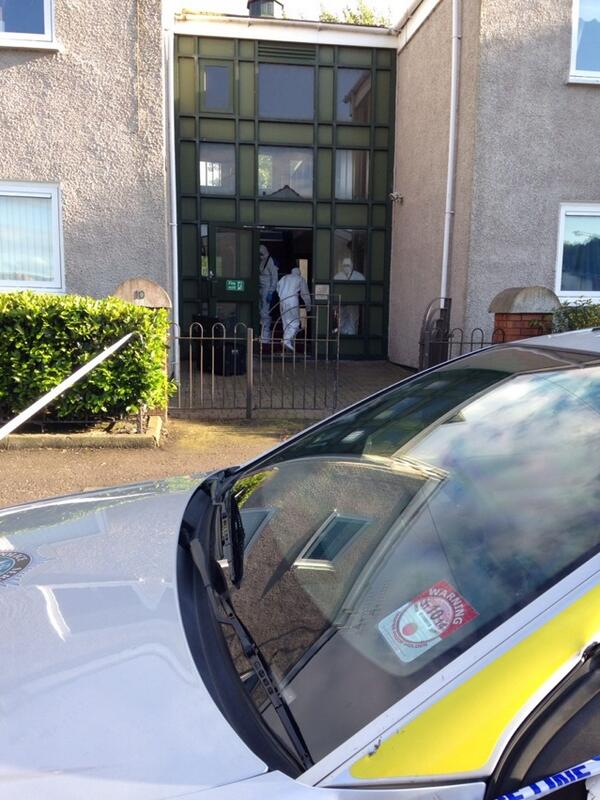 CSI team at the scene at Shore Crescent north Belfast

A man was attacked by a male armed with a hammer during a burglary in his north Belfast flat.

The 30-year-old was taken to hospital after the assault at Shore Crescent just before 7.35 am on Saturday.

A 34-year-old man was arrested on suspicion of aggravated burglary and is being questioned by police by Musgrave PSNI station.

Another man, aged 33, was arrested on suspicion of threats to commit criminal damage.

He has been released pending a report to prosecutors.

Meanwhile, in a separate north Belfast attack, a man suffered an arm injury shortly before 2 am on Saturday.

Two men and a woman stormed into a house at Dhu Varren Crescent armed with a suspected gun and a bat.

A man, 26, and a woman, 29, were arrested about an hour later in Kircubbin in Co Down in connection with the incident and a car was seized.

They have since been released on bail pending further inquiries.