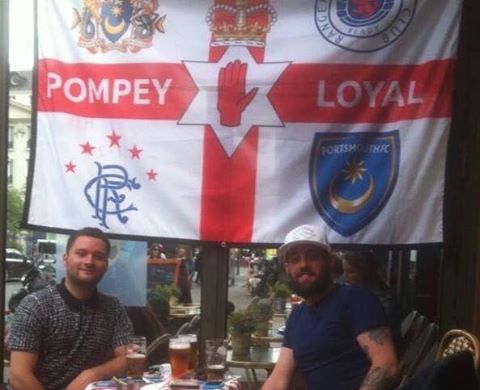 Missing Kane Leslie on the left with his friend Carl Paddon

MISSING Northern Ireland Kane Leslie who had not been seen since Sunday has turned up “safe and well”.

Friends of Kane Leslie appealed on Twitter to anyone who had seen him in Nice to contact Steve Hudson, who uses the nickname @hudo, on the social media site.

A friend of Mr Leslie said he had not been seen since Sunday at 2 pm local time, and had been heading to a beach.

He is understood to have missed the first Northern Ireland match of the tournament against Poland.

Among those who retweeted the appeal George Best’s son Calum Best and radio DJ and soccer, darts and snooker pundit Colin Murray.

But at lunchtime today, the search was called off after Kane had located and he was safe and well.

He told friends he had been “robbed”.