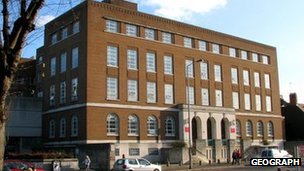 AN investigation has been launched into a fire at a chemical laboratory at Queen’s University Belfast.

Fire crews were called to the David Keir building on the Malone Road at around 9.30 pm on Friday night after a 999 alert.

Around 50 firefighters and seven fire appliances drawn from stations across Belfast were needed to put out the fire.

No one was injured during the fire.

It is the second fire at the David Keir building in the past number of years.

In October 2012, fire crews were also called out to extinguish a fire on the premises.