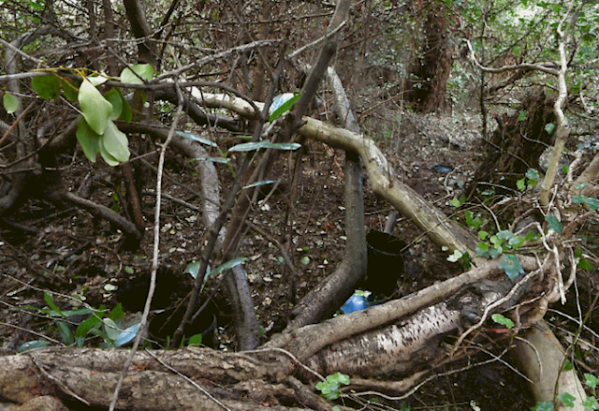 The discovery was made at Capanagh Forest near Larne after two members of the public found suspicious objects in the woods on Saturday evening.

However, details of the discovery have only just been released by the PSNI.

Police have removed the items for further forensic examination.

They are trying to establish if there is a link to a find at Carnfunnock Country Park near Larne in March.

Police have been at the scene since the find was made.

“I would ask the public to remain vigilant wherever they are and whatever they are doing,” Det Insp Adrian Brown said.

“If you see any suspicious activity, or have seen anything unusual in this area, please contact police so that we can act on the given information.”

In March, police said they had uncovered a “significant terrorist hide” containing bomb making components and explosives at Carnfunnock.

This was also found by a member of the public out of a walk.