NI WORKERS GET ‘SUNDAY NIGHT FEAR’ AHEAD OF WORK ON MONDAY 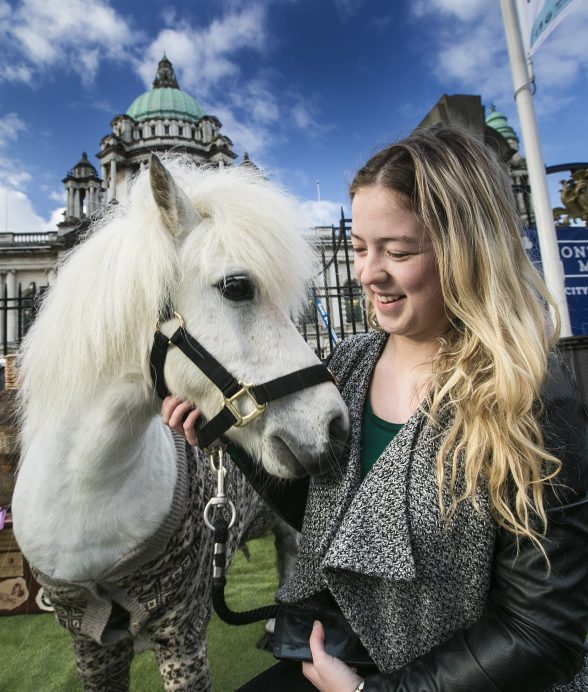 Ponies in PJs ‘Mane’ Attraction at Belfast City Hall: Hamish the Shetland pony was the ‘mane’ attraction cheering up commuters in his PJs at Belfast’s City Hall this morning to shake off any Monday morning blues as VisitScotland research revealed that three quarters of Northern Irish workers are impacted by ‘Sunday Night Fear’ and lack of weekend adventures. Commuter Sarah Adams from Lisburn, is pictured horsing around on her way to work with the miniature star. Picture by Brian Morrison

A leading psychologist is calling on Northern Ireland workers to reclaim their weekends and create new experiences as new research finds that three quarters experience ‘Sunday Night Fear’ and dread the working week ahead, with one in four feeling it every week.

The wake-up call comes as research from VisitScotland finds that local workers are having unfulfilling weekends, meaning they get to Sunday night feeling dissatisfied and uneasy, with females aged under 34 the most likely to suffer.

The majority of workers say they feel the weekend goes too quickly. Other fear factors include the feeling of not having had enough excitement or adventure in the weekend.

Commenting on the research findings, Psychologist Allison Keating said, “This new research shows that Northern Ireland workers want more excitement and adventure from their weekends, yet three quarters of workers admit they spend their weekends doing household chores or other menial tasks, such as shopping (61%) or surfing the internet (36%).

“With some planning, some of these activities could be tackled during the week to ensure you make the most of your weekends and break up your routine so that you feel more positive on a Sunday night.”

“It is vitally important for our wellbeing to ensure we switch off and take a well-deserved break and avoid having the same monotonous weekend by giving ourselves something to look forward to, such as a weekend break away.

“Many of us can relate to the rut of being busy, but this is very wearing on us mentally.

“We need to feed our senses and have some fun to re-charge the batteries to be more productive during the week.

“By filling the weekend with new experiences, we create new memories and this alters our perception of time – we actually feel that the weekend is longer, which ultimately helps keep those feelings of working week dread at bay.”

Helen Campbell from VisitScotland said, “Whilst we continue to welcome visitors from Northern Ireland to Scotland, research from ABTA has shown that last year, people in NI took fewer holidays or short breaks compared to the rest of the UK, averaging just one domestic UK break per year.

“This new research shows that Northern Ireland workers are clearly in need of a short break and are feeling the effects of having an unfulfilling weekend and ultimately craving more adventure and new experiences.”

When asked how they would rather spend their weekends, Northern Ireland locals say their favourite activities are enjoying the view of dramatic landscapes (56%), enjoying local cuisine (55%), going on a city break (52%), and visiting historical places and landmarks (44%). Over a third of people (37%) say they want to visit somewhere new and feel awestruck.

“Only a short distance away and steeped in culture, Scotland offers an abundance of historic places to visit and is famed for its stunning landscapes and dramatic scenery.

“From the big cities to the Highlands and Islands, Scotland offers unique experiences for every type of adventurer and a weekend break to experience its unique spirit is the perfect remedy for the Sunday Night Fear”, added Helen Campbell.

Belfast commuters were given a different kind of wake-up call this morning in the form of a VisitScotland breakfast crew at Belfast City Hall and treated to the sights, sounds and tastes of Scotland to awaken the senses and help ward off back-to-work blues.

City workers were woken up from the monotony of their morning journey with a hearty Scottish breakfast, traditional Scottish music and the chance to win an adventure weekend in Scotland to remedy the effects of back to work blues. 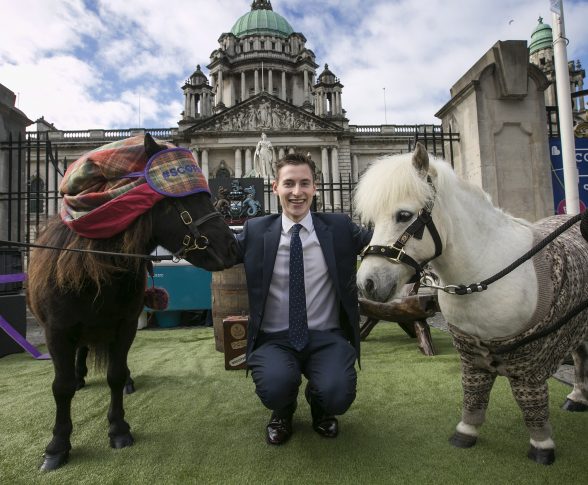