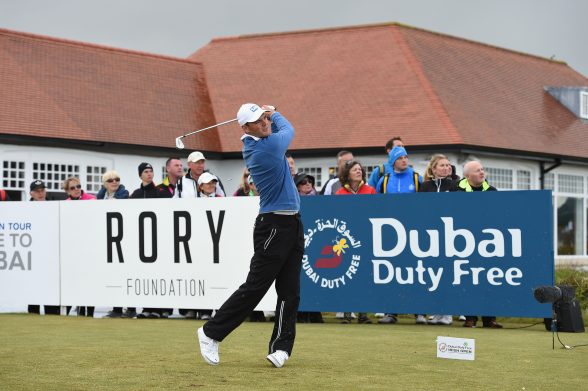 THE European Tour has announced that a complimentary bus service will be in operation between Maynooth Train Station and The K Club for this week’s Dubai Duty Free Irish Open, hosted by the Rory Foundation.

The complimentary service will meet passengers arriving on trains from Dublin Connolly from 06:50hrs to 13:30hrs and transport them to the event, returning every half hour from The K Club to Maynooth Station from 15:00hrs to 18:00hrs.

Spectators arriving at Maynooth Station should follow the directional signage to board the buses which will be waiting on the R406 near the station entrance.

Spectators returning to Maynooth Station from the K Club should return to the South Entrance Bus Stop at The K Club.

The countdown is well and truly on and the excitement is building ahead of Dubai Duty Free Irish Open which tees off at The K Club from Thursday May 19-22, with the Pro-Am taking place on Wednesday.

Around 100,000 spectators are expected to turn up for golf tournament.

Fresh from hitting a super 65 in the opening round of the Players’ Championship at Sawgrass, Shane Lowry will also be hoping for big things, along with fellow Irishman and former Ryder Cup captain Paul McGinley.

French star Victor Dubuisson is also confirmed, alongside Scotland’s Russell Knox and Stephen Gallacher, and WelshmanJamie Donaldson who has gone from strength to strength since winning the Irish Open at Royal Portrush in 2012.

Tickets to join these and many more of the world’s best golfers for an Irish Open party at The K Club are still available to purchase at www.dubaidutyfreeirishopen.com with children under the age of 16 admitted FREE as long as they are accompanied by an adult.

A portion of all tickets sales this year will go towards the Rory Foundation which was established by Rory McIlroy in 2013 to help children live better lives by raising funds and offering support to children’s charities around the world.