EXCLUSIVE: CARRICKFERGUS DRILL SITE IN PSNI LOCK DOWN AS PROTESTER CHAINS HIMSELF TO HUGE OIL RIG 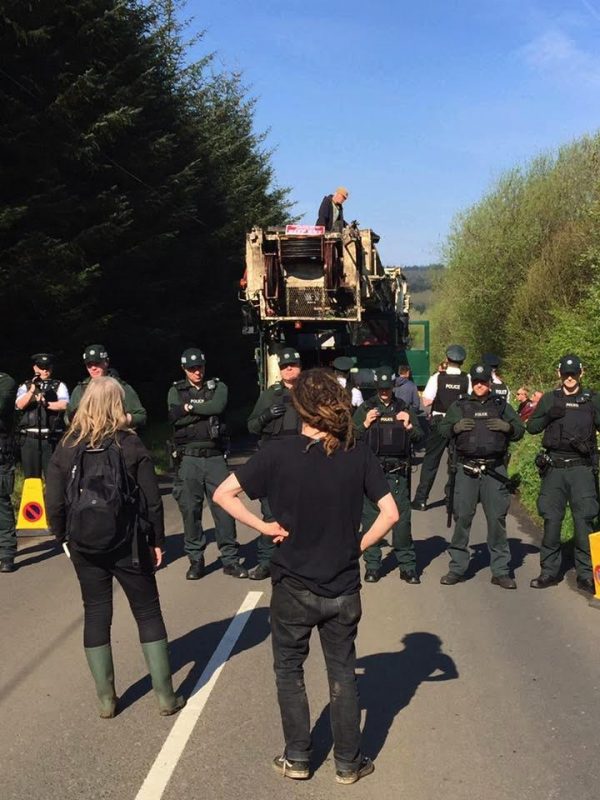 REVEALED: THE Paisley Road in Carrickfergus has been blocked in a ‘North Korean-style’ clampdown this morning by the PSNI.

Campaigners say police have “decided the throw the European Convention on Human Rights out the window”.

One protester has chained himself to the contentious oil rig that arrived in Larne harbour from Scotland yesterday.

This morning the access road to the drill site whole is grid locked.

Local residents are furious at the actions of police, as they too have been prevented from entering or exiting their homes.

Said one local resident. ” As a law abiding taxpayer I was stopped by a bank of riot police when I tried to leave Paisley Road to go to work.

“I was eventually escorted down the road by inspector Ruddy!!

“He refused to allow me to carry my water and compromised by carrying it for me.

“Thank goodness I got through as I really need to pay my taxes today to help pay for the ridiculous amount of police time being wasted today.”

Legal advisers to the Stop The Drill campaigners say that Article 11 of the European Convention on Human Rights is absolutely clear on protests.

“It states everyone has the right to freedom of peaceful assembly.

“This is a right closely linked to the right to freedom of expression.

“It provides a means for public expression and is one of the foundations of a democratic society.

“The right to peaceful assembly cannot be interfered with merely because there is disagreement with the views of the protesters or because it is likely to be inconvenient and cause a nuisance or there might be tension and heated exchange between opposing groups.” 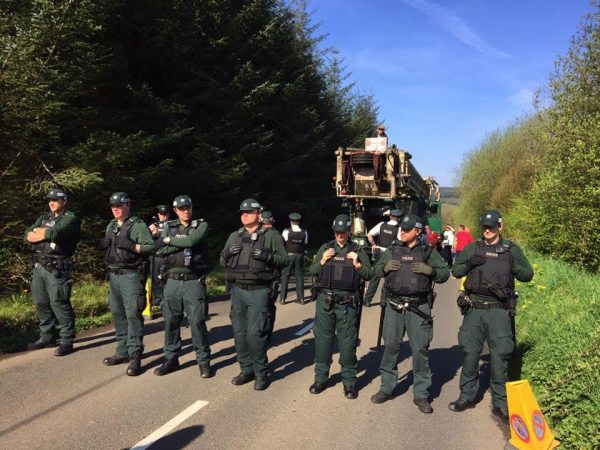 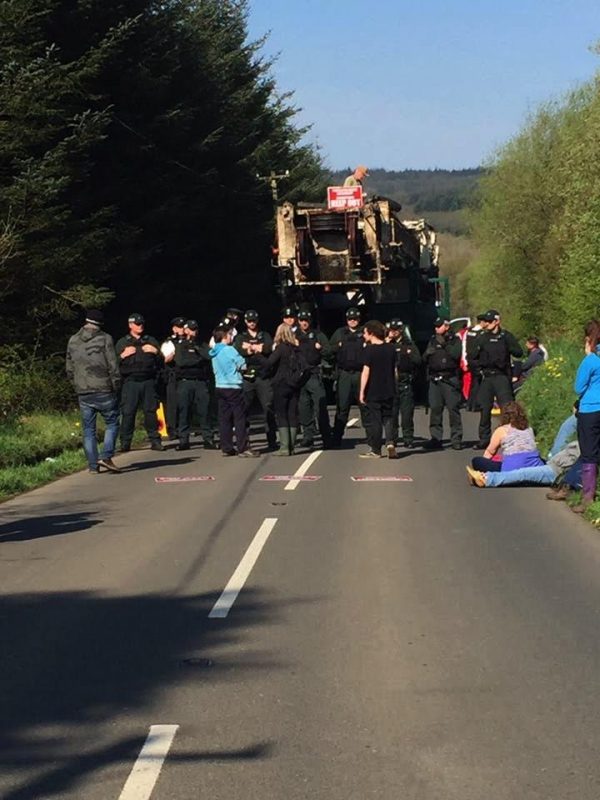 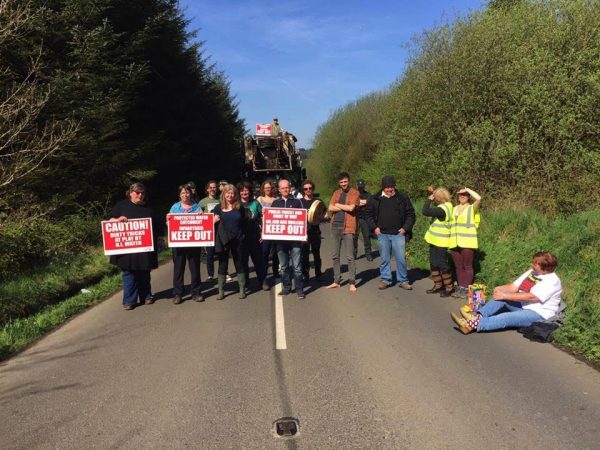