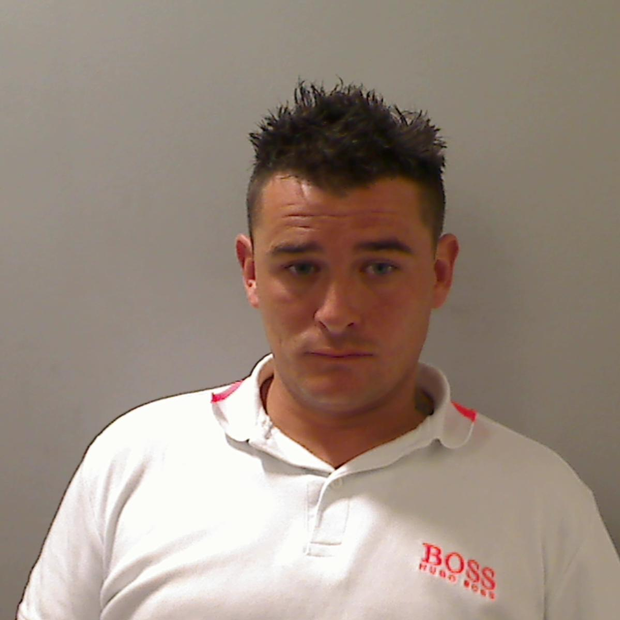 THIS is the drunk death David Lee Stewart who was given just three-and-half years in jail for killing teenage student Enda Dolan.

Stewart (31), of Gray’s Park Avenue, Belfast, pleaded guilty to causing Enda’s death by dangerous driving, as well as four other motoring offences, including dangerous driving and failing to provide a specimen of blood.

At Belfast Crowon Court on Wednesday, Judge Gordon Kerr QC handed him a seven-year determinate sentence, half of which will be served behind bars and half on supervised licence following his release.

Stewart had consumed six pints of beer and four Jagerbombs and had taken drugs when he killed 18-year-old Enda Dolan in October 2014.

William Ross Casement (21), who was a passenger in the car with Stewart in the accident, escaped a custodial term and was given 50 hours’ community service.

Prosecutors have been urged to appeal the sentence given to Stewart.

A decision on whether to refer the matter to the Court of Appeal will now be taken by the director of the Public Prosecution Service, Barra McGrory QC.

The Dolan family said they were “disappointed and disgusted” at the sentences.

The PPS has now received a complaint about the sentence.

A PPS spokesperson said: “The PPS can confirm that we have received correspondence outlining concerns over the sentences passed in this case.

“The matters raised will be examined carefully in line with our protocols around unduly lenient sentences in the Crown Court.”

It is understood that the request did not come from the Dolan family.

Enda, 18, from Killyclogher in Co Tyrone, was an architecture student at Queen’s University.

He had been walking to his student accommodation at Elms Village when a van driven by Stewart mounted a footpath and hit him. Stewart drove on for 800 metres with the teenager on the roof of his vehicle.

Stewart admitted a series of charges linked to the teenager’s death, including causing death by dangerous driving.

He will spend three-and-a-half years in prison and the same amount of time on licence. He was also banned from driving for five years.

“We have been left with a life sentence,” Mr Dolan added. “So many parents have stood in our shoes… and many more will in the future unless something is done to deter individuals from driving under the influence of drink and drugs.”

Road safety campaigners also voiced their anger at the sentences. Gary Rae from the charity Brake said: “We share the disgust of Enda’s family at the paltry length of this sentence.

“We must see tougher sentences to fully fit the crime to give families justice and also act as a proper deterrent.”