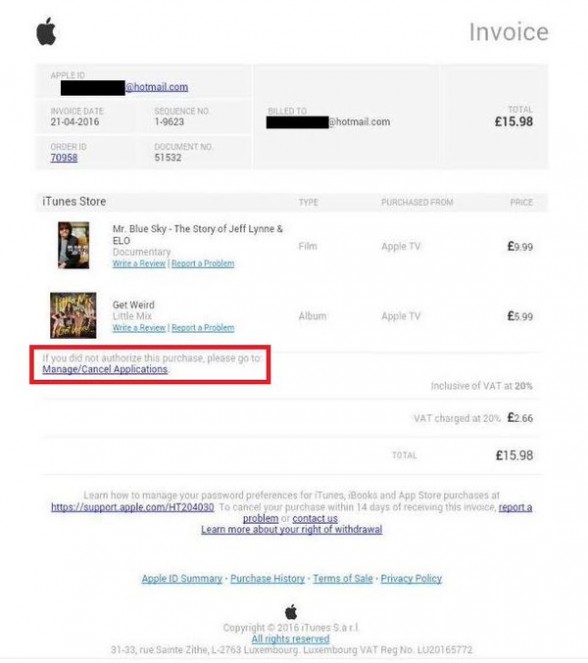 A NEW scam has been uncovered by police and people in Northern Ireland are being advised not to fall into it.

Assistant Chief Constable Stephen Martin has tweeted (pictured above) that the racket involves customers who have iTunes account on their phones.

He tweeted: “Email received by a #PSNI follower.

“Appears to be from Apple; it’s a scam to make the user click the link.”

A red box in the email is designed to encourage the customer to click on it.

But once they click on it they are taken straight into the hands of the crooks who will looking to access bank accounts and credit cards.

If you receive an email like this report it to police Action Fraud either by phone at 0300 123 2040, or online at http://www.actionfraud.police.uk/”

Yesterday, Belfast Daily reported how police were urging Talk Talk customers in Northern Ireland to be on their guard against telephone crooks.

The warning was sounded after a fraudster removed money from one bank account after claiming he was from the company and the victim’s computer was running slowly, police said.

After he gave them details the thief also tried to make online purchases using the bank card.

During the call the imposter told the victim he would be due a refund of £200 and a list of banks appeared on his computer screen.

He was asked to select his bank.

The customer was kept online until he confirmed further details that allowed the perpetrator to remove money from his account.

PSNI Detective Constable Stephen Crooks said: “I would advise that the public should be aware of this scam.

“If someone asks you to press the ‘Windows’ key and the ‘R’ key on your computer and/or asks for your banking or payment card details terminate the call immediately and report the matter to Action Fraud either by phone at 0300 123 2040, or online at http://www.actionfraud.police.uk/” 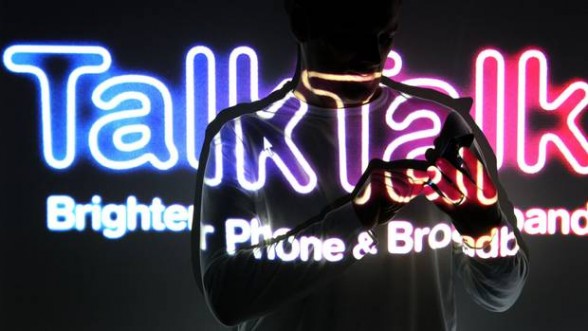 What can those who have been affected do?

TalkTalk have also said they will NEVER: