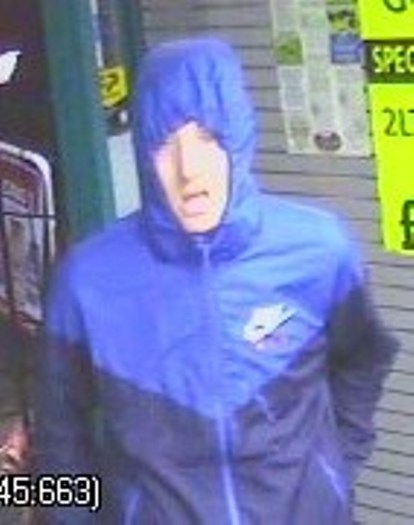 DETECTIVES have released images of two people they would like to speak to over an armed robbery which took place six months ago in north Belfast.

The incident happened on the Antrim Road on Hallowe’en night, October 31, 2015.

“A male had entered the shop armed with a claw hammer and threatened female staff members.

“He made off with a sum of cash in the direction of Grey’s Lane following the robbery.

“Enquiries into the incident have led us to believe that the man and woman whose images have been released could possibly assist us with our investigation.

“If you recognise either person or have any information about this robbery I would ask you to contact detectives in Musgrave on 101.

“You can also contact the independent charity Crimestoppers anonymously on 0800 555 111.”