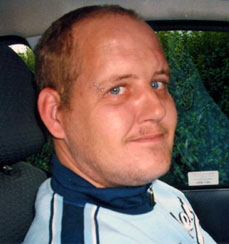 DETECTIVES from the PSNI’s Major Investigation Team have arrested two men over the UDA murder of Mark Gourley.

A 43-year-old man was arrested in Carrickfergus this afternoon.

A 45-year-old man was arrested in Carrickfergus this morning.

Both men are currently being quizzed at the serious crime custody suite at Musgrave PSNI station.

The PSNI’s Major Investigation Team (MIT) said in September 2014 that Mr Gourley, from Castlemara in Carrickfergus, he was last seen in the Glengormley area.

Police launched a murder inquiry in 2013 after saying it had “received new information”.

Detectives now believe he was murdered by UDA in Carrickfergus. His remains have never been found.