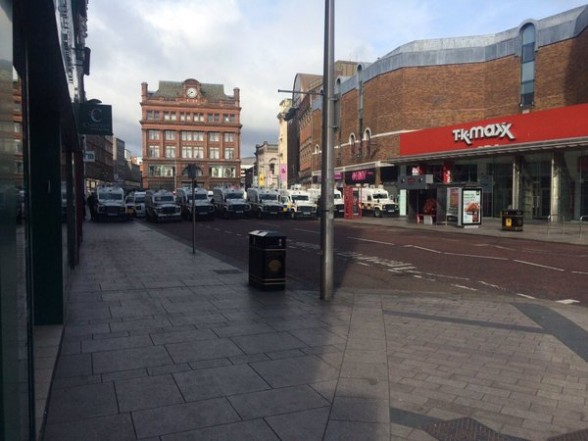 A REPUBLICAN Easter Rising parade has passed off peacefully through Belfast city centre.

The PSNI had cancelled all leave today ahead of the parade and loyalist counter rallies.

Police in riot gear were positioned at flashpoints along the route.

Police chiefs face a massive overtime bill as they try to hold the thin blue line between rival factions in and around Belfast city centre.

A major deployment of police resources was in place in north Belfast where a parade of 3,000 republicans will leave Barrack Street at midday through College Square on its way to Milltown Cemetery.

They were accompanied by six bands to the 1916 Easter Rising commemoration in west Belfast.

Police had been bracing themselves for potential trouble when the parade returns around teatime to north Belfast through flashpoint areas.

PSNI chiefs are facing a major headache as a number of loyalist counter protests are to be held at the same time.

Around 500 people are expected to attend a counter rally organised by the Loyalist Peoples Protest.

Another protest against the republican parade is planned by the Protestant Coalition.

In its application to the Parades Commission, the LPP said the reason by for its protest was to “oppose Republicans walking through a British City to celebrate a rising against Britain’’.

Fred Starrett and James Cummings were killed when an IRA bomb was detonated close to the construction site of what is now the Castle Court shopping complex.

In its determination, the Parades Commission said: “We have consider the antagonism between republican and loyalist groupings involved in parades and protest  in North Belfast and the risks that arise for hostile exchanges between them and for public disorder.

“The organisers have provided assurances to the Commission that the protest will be properly stewarded, timely, the number of participants will be controlled and there will be not hostile exchanges.

“Also the conduct of the protest will reflect the significance to the protestors of the UDR memorial.’’

Part of the conditions for granting the lawful protest is that that no more than 150 shall gather on the footpath near to the memorial and they must disperse immediately afterwards.

Those taking part must not use “sectarian, threatening, provocative, abusive, insulting or lewd’’ and they must “obey the lawful directions of the organisers and stewards at all times’’.

Police sources said that given past trouble in Royal Avenue, Carrick Hill and Lower Garfield Street, a large police operation has been mobilised to keep loyalists and republican protestors apart.

A source at police headquarters told Belfast Daily: “All leave has been cancelled and every available officer will be on duty to prevent any trouble taking place.

“It will be a very large policing operation across the city but there is also going to be a huge overtime bill at the end of the day.’’

The Parades Commission has also ruled on a number of Orange Order parade for today, including one in the Ormeau Road which it describes as “sensitive’’. 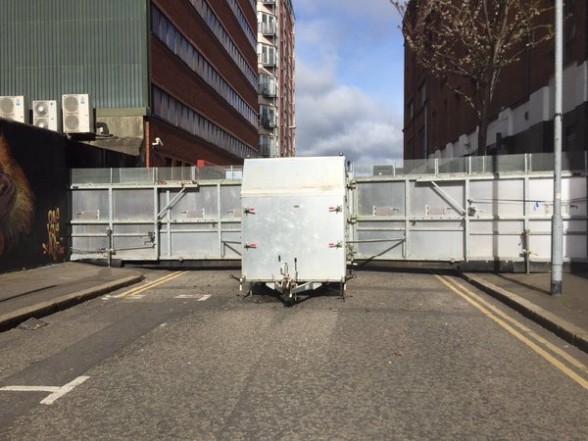 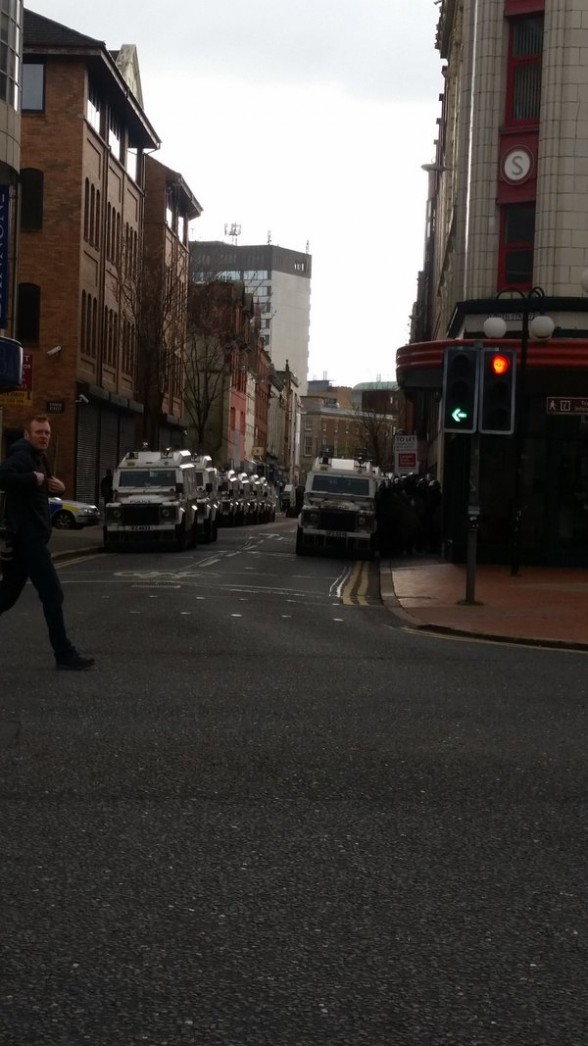 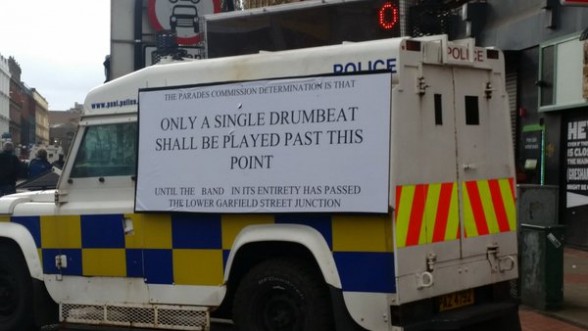