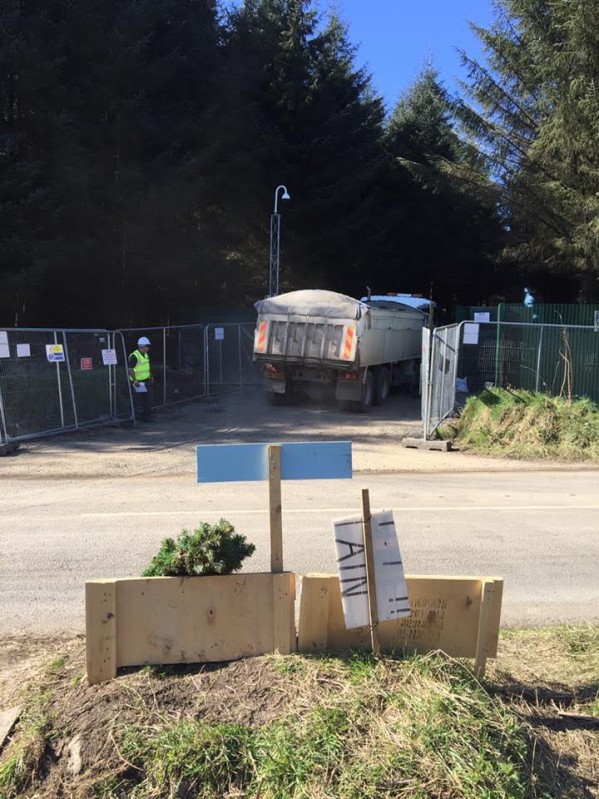 The entrance to Woodburn Forest where drilling is taking place

THERE have been considerable rumblings in Carrickfergus and Newtownabbey over the past few months about the Drilling site in Woodburn Forest.

Not only is it close to a drinking water source its in an area of special scientific interest.

But the heat is rising, as the protesters (lawful actions) are starting to make things difficult for Infrastrata.

Only yesterday when a Belfast Daily reporter was asking questions of Infrastrata personnel who were leaving the site, he was attacked by a G4S security guard working for Infrastrata.

The guard also struck another gentleman in the same incident and the matter has been reported to the police.

The guard who was well outside his normal working area went up the Paisley Road and shoulder charged one person and struck the Belfast Daily Reporter in the mouth.

Said one Stop The Drill activist “The people at Woodburn are ordinary decent folk, we have company directors, lecturers, nurses, farmers, we are not thugs. We don’t cause damage and we have a written code of conduct. It has and will always be a peaceful protest, but that security guard lost the plot and started hitting all round him”

The guard who was not wearing his SIA identification as he is required to do, was placed inside his security hut when he returned to his post and was driven away later by management.

NoT only have the drill company had their attempted injunctions against the protestors thrown out of the High Court, they are now turning the drill site into a fortress, guarded by patrolling war dogs and un-identifiable security guards. Completely against the planning application they agreed to.

Up have gone steel fences, CCTV and the so-called public right of way that was, has been completely shut off with no access a being granted to visitors.

A statement from NI Water’s Woodburn Forest-1 Well Project Environmental Report IBE0554 dated the 6th August 2014 states, “No fencing is proposed along the access track, continuing the existing arrangement as appropriate to the forest. The main site area however will be fenced with a 2.5m high post and netting fence topped with barbed wire”.

DRILL DUE SOON AND SO IS COURT ACTION

Clearly Infrastrata are upping the anti as they prepare to bring in the 150ft drilling rig, the protesters however are a determined to monitor the site and report the things that NI water and the Northern Ireland Environment Agency are supposed to be doing.

The protestors are also launching two Judicial reviews into the councils handling of this matter and it has been clearly seen that when the vote in the council took place all DUP councillors voted for it. Not surprising when Arlene Fosters husband allegedly had some interest in the land near the Fermanagh drill site.

There is little doubt that the actions of Mid and East Antrim Council have caused a lot of the problems in relation to the site.

Refusal to give information, failure to consult with the public allowing the site to go ahead even after the Environment Minister asked for a reconsideration, failure to properly inform councillors and the public, consultation faults and allowing works to start with out an environmental waste management plan.

The handling of this debacle could cost local ratepayers in Mid and East Antrim hundreds of thousands of pounds.

The Mayor of Mid and East Antrim Cllr Billy Ashe has apparently told councillors it could cost about £30,000 to sort out the legal problems.

Our information is that this could run to hundreds of thousands and the council this week refused to hand over under FOI legal advice.

That’s is now being challenged and has been reported to the information commissioner.

There is one thing that I have noticed about this campaign which differs from all the others: Greenham Common, Banking protestors, Midenhall Airbase, Trident Protests.

The protestors are well educated decent people who are extremely switched on and know how to use the law to their advantage.

The council and other statutory agencies that are supposed to be monitoring the site are being kept on their toes by the protestors. 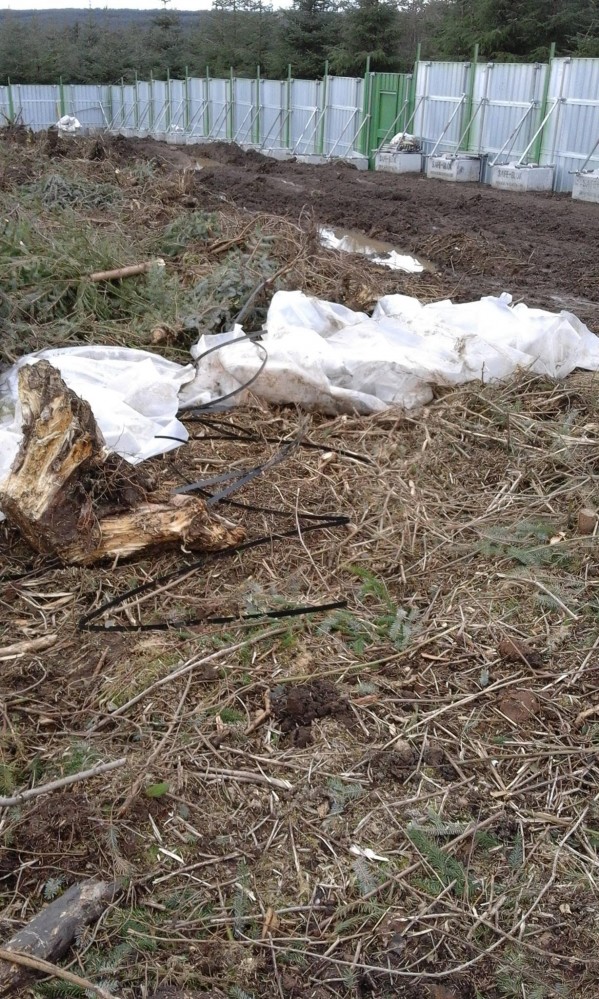 Good legal advice costs money and its clear the council do not mind spending the publics money, the good news for the protestors is a local and concerned multi millionaire philanthropist is backing the protestors, the gentleman who shall remain nameless was appalled by the councils behaviour and decided to come down and help the ODP’s (Ordinary Decent People).

NO COMPANY TO REMOVE TOXIC WASTE

Mid and East Antrim council allowed work to carry on despite knowing that there is no company in Northern Ireland that can remove the Toxic waste from the site, yet the waste management plan says that Infrastrata will deal with the waste.

So where is it going?

The next time you turn on your tap in Belfast, just remember that thousands of homes near you will be affected by this drill site, when Infrastrata start pumping toxic chemicals down through the water table and 350 metres from a drinking water reservoir that serves you fresh, well supposedly fresh water. 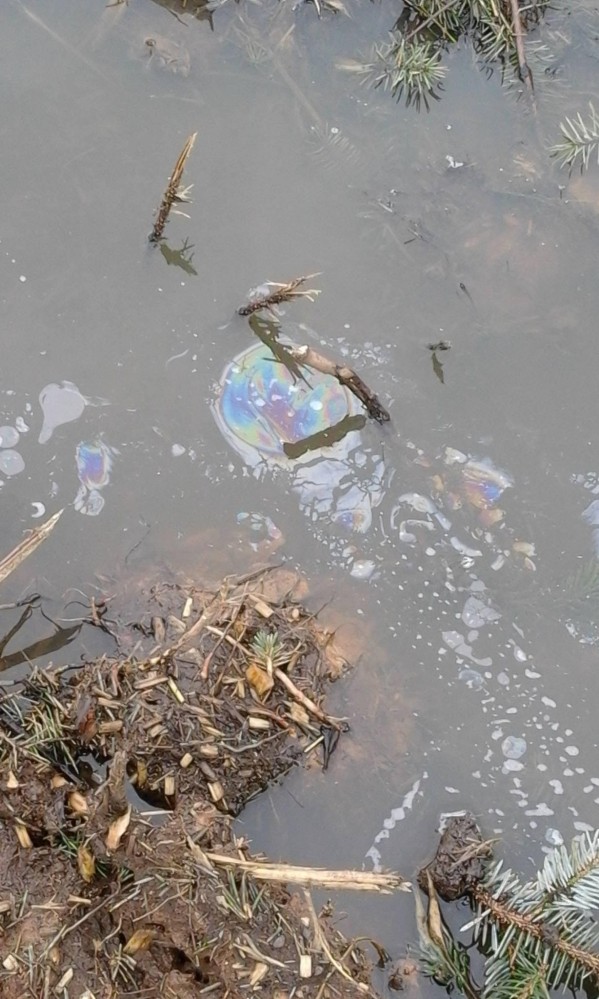 Oil visible in the water at Woodburn Forest