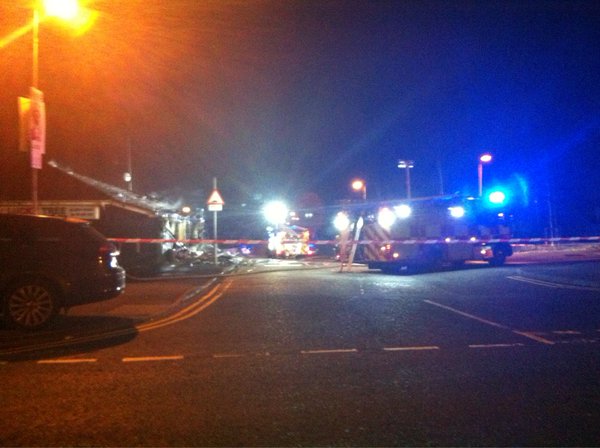 DETECTIVES have launched an arson investigation following a deliberate blaze on a barber’s shop in west Belfast.

The shop in Bingnian Drive on the Glen Road has been gutted by the fire.

A taxi office next door has also been completely destroyed. Both premises may now have to be demolished.

Police are investigating reports from locals that they heard a loud explosion around 4.20 am.

Crime scene investigators are combing the scene for clues to how the fire started and those responsible.

Anyone with information about those behind the attack is asked to contact detectives on the 101 non emergency number.