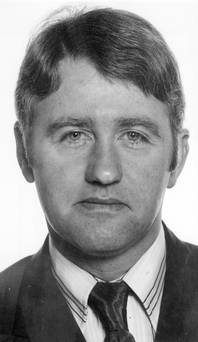 A 54-year-old man has been arrested in Belfast as part of a PSNI probe into the IRA murders of two Special Branch officers in the city nearly three decades ago.

RUC Detective Constables Michael Malone, 35, and Ernest Carson, 50, were shot in a Provo gun attack at the Liverpool Bar in Donegall Quay on August 26, 1987.

During the murder attack, another officer and a civilian were wounded.

They murdered officers were in plain clothes at the time.

Detective Inspector Stuart Griffin from the PSNI’s Serious Crime Branch said: “The suspect is being questioned at a police station in Belfast.

“Although these murders happened a long time ago, police would continue to appeal to anyone with information about the shooting and those involved to come forward.”