FIRE BREAKS OUT AT GALGORM RESORT AND SPA 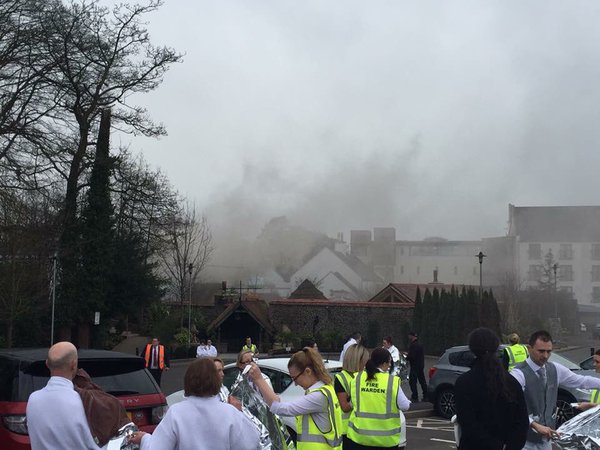 The scene this morning at Galgorm Resort and Spa in Ballymena where a fire broke out. PIC BY MARK TUBITT

STAFF and guest have been evacuated from the Galgorm Resort and Spa near Ballymena after a blaze broke out on the premises.

The fire started around 9 am this morning and broke out in a roof space of main auditorium.

The Fire and Rescue Service say a total of 47 fire fighters and six appliances are at the scene.

It is believed the fire is now under control.