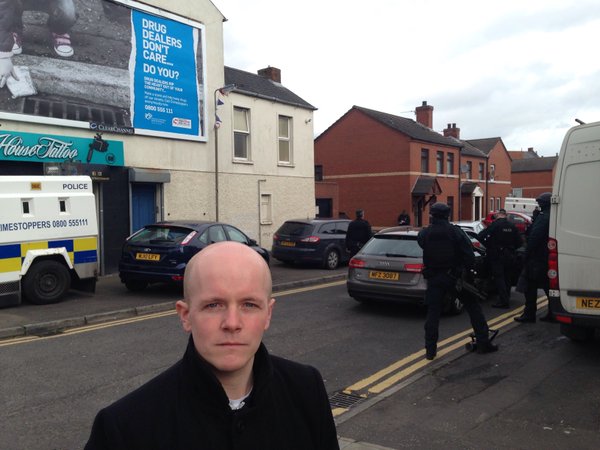 Green party councillor Ross Brown at the scene of what he describes as a “major drugs” in east Belfast today. Behind him is a billboard which states ‘DRUG DEALERS DON’T CARE’

POLICE have carried out a raid of an east Belfast property today.

A large number of officers from the PSNI’s Tactical Support Group (TSG) swooped on Frank Street off the lower Newtownards Road.

The raid was carried out under the 1971 Misuse of Drugs Act in what is believed to have been an intelligence led operation.

It is is understood one man has been arrested on suspicion of having drugs with intent to supply and conspiracy to supply..

A police spokesman said the searches were in relation to “criminal activity”.

“The operation is ongoing,” he added.