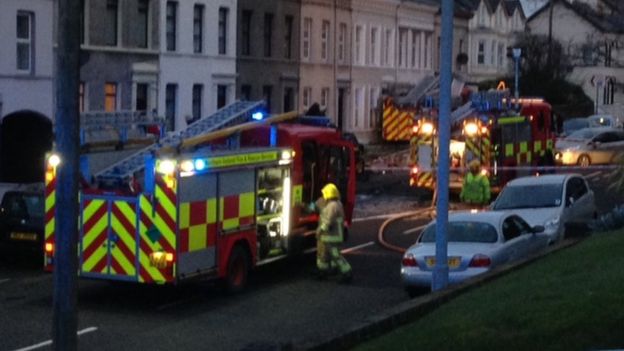 TWO men have been charged over the theft of a fire engine in the early hours of Saturday morning.

The men – aged 66 and 19 – face further charges of burglary and causing damage to cars and homes.

The fire engine was stolen from Larne fire station around 4 am.

It later crashed at Glenarm Road in the town, careering into a man’s garden and damaging houses and cars along the street.

PSNI Inspector Trevor Atkinson said yesterday: “I would ask anyone who may have witnessed these incidents to contact police at Larne on the non-emergency number 101.”

A NIFRS statement said: “Larne station was broken into and a fire engine was stolen.

“Subsequently this fire engine was driven into a number of cars and houses in the Larne area.”

The local fire chief, Kevin O’Neill, said the Larne station was also damaged during the break in.

“It is an inconvenience in that we have had to put in emergency arrangements, but we are in a position where we can deal with things,” he said.

“I would urge anyone who has any information to report it to the police.”