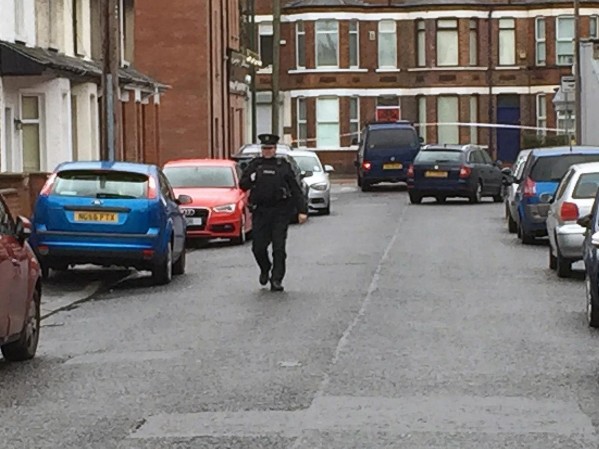 POLICE now believe a deadly bomb placed under a prison officer’s van partially exploded after driving over the a speed bump this morning in east Belfast.

The serving warder is now under armed police guard in hospital after he cheated death in the under van bomb attack in east Belfast.

The Belfast Trust say the officer is in a stable condition.

Detectives from the PSNI’s Terrorist Investigation Unit have launched a murder bid probe over the attack which happened at Hillsborough Drive around 7.10 am this morning.

One line of inquiry is that the bomb detonated as the van drove over a speed bump in the street.

The 52-year-old officer’s injuries are believed to be serious but not life-threatening.

First Minister Arlene Foster said it was a “disgraceful and despicable attack”.

Residents living in the area were left shocked and confused.

A man walking his daughter to school said he heard a really loud bang on Friday morning.

“I thought it was possibly a skip had fallen over, some houses being worked on down the street,” he said.

He said the possibility that it could be a bomb “did not enter his mind” and he thought it was related to construction work on the street.

Finlay Spratt from the Prison Officers Association said prison officers had continued to be targeted since the ceasefires and the signing of the Good Friday Agreement.

The Woodstock Road has been closed between its junctions with Omeath Street and Ravenhill Avenue.

Traffic in the area is being diverted and the road is expected to remain closed for some time.

As a result of the incident, Euston Street Primary School in east Belfast is advising parents that the school can be accessed from Castlereagh Road.

Earlier, there were reports on social media of people hearing a loud bang in the area.

He said there was “no place for terrorists in my vision of a new Northern Ireland”.

Sinn Féin’s Gerry Kelly said: “There can be no place for such attacks in our society.

“Those behind attacks like this represent no one and have nothing to offer the community.”

DUP MLA Robin Newton said the person or persons who planted the device “must be condemned by all right thinking people”.

“This is a despicable act and it is fortunate that we are not talking about serious injury or even a fatality today,” he said. 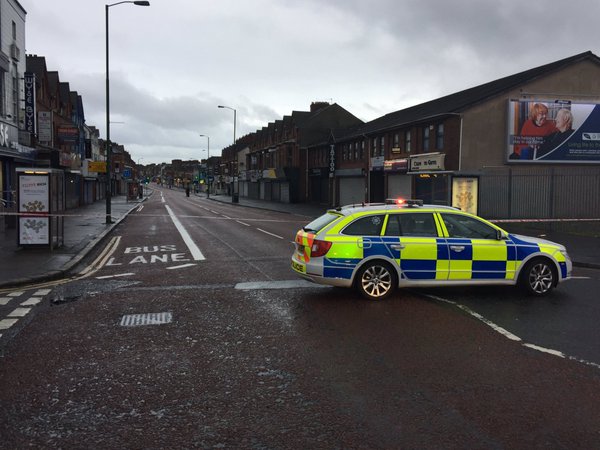 The scene of the explosion this morning in east Belfast