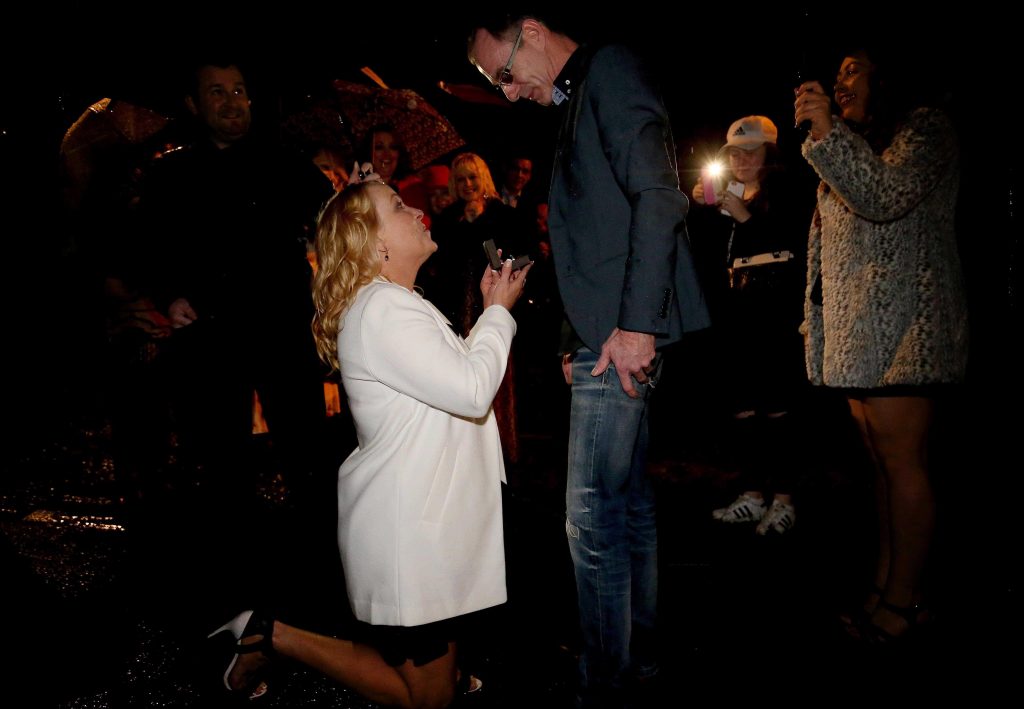 LEAP TO IT! Maureen McGarrity (46) proposed to Malachy Houston at the gates of Belfast Castle where the pair met over three decades ago and he said yes!

And Tourism NI wanted to help make it happen for one lucky lady and her unsuspecting partner on Leap Day.

Tradition dictates that on Leap Day, February 29, women can get down on bended knee and propose marriage to their partners.

After much deliberation by Tourism Northern Ireland of all of the entries, a wonderful Northern Ireland inspired proposal idea has been chosen and the romantic creator of the idea is North Belfast woman, Maureen McGarrity (46).

Rachel Quigg, Communications and Destination PR Officer at Tourism NI, said:  “After reading all of the entries it was great to realise that there are so many romantic women across the country.

“All of our entrants used Northern Ireland’s landscapes, attractions, history and people as inspiration for their proposals and the creativity we saw was just incredible.

“One entry however just touched our hearts and we would like to congratulate Maureen and Malachy on their engagement.

“Their story spanned the decades and shone through as a beautiful tribute to their love and we would like to wish them every happiness for the future.”

Maureen and Malachy’s love story began at the gates of one of Northern Ireland’s most stunning locations, Belfast Castle.

Newly engaged Maureen, said:  “I met Malachy Houston at the tender age of 12 when we struck up a friendship at the castle gates so that is where I decided to propose.

“We hit it off as friends and were in contact with each other until our late teens but then we lost touch.

“During that time we both got married to other people and had kids but our marriages ended in separation.

“Then three years ago we reconnected again and have been inseparable ever since.”

Maureen’s proposal included a treasure hunt that took unsuspecting Malachy on a trip down memory lane as he visited places across Belfast that are special to the two love-birds.

She added:  “I created clues and placed them at bars and hotels in Belfast.

“Each clue led Malachy to the next venue until he ended up at the gates of Belfast Castle at 6.30 pm where our story began over three decades ago.

“Not only that but thirty of our friends and family were at the gates to give me some encouragement.

“It was very emotional when he arrived and when he got out of the car he looked like he was in total shock and we both had tears in our eyes.

“But I pulled myself together and got down on bended knee in front of all of our friends and family and popped the question.

“Thankfully, he said yes and the cheers from everyone I’m sure could be heard all over Belfast!”, said Maureen.

Rachel said:  “When we read Maureen’s entry we knew we wanted to help make her wish become reality.

“So we spoke to Belfast Castle who very kindly arranged a drinks reception and canapes for Maureen and Malachy and their guests.

“Tourism NI had a harpist playing beautifully at Belfast Castle as the couple arrived as well as flowers and a couple of nights in a Belfast hotel of their choice.”

Following the events of the evening an elated Maureen said:  “Malachy and I are on cloud nine and we want to thank everyone who made this all possible including Tourism NI, McComb’s Coach Travel, Belfast Castle, and our friends and family.

“Malachy is the most thoughtful and caring man I know and I wanted to do something special for him to show how much I appreciate and love him.  I think I managed all of that and more.” 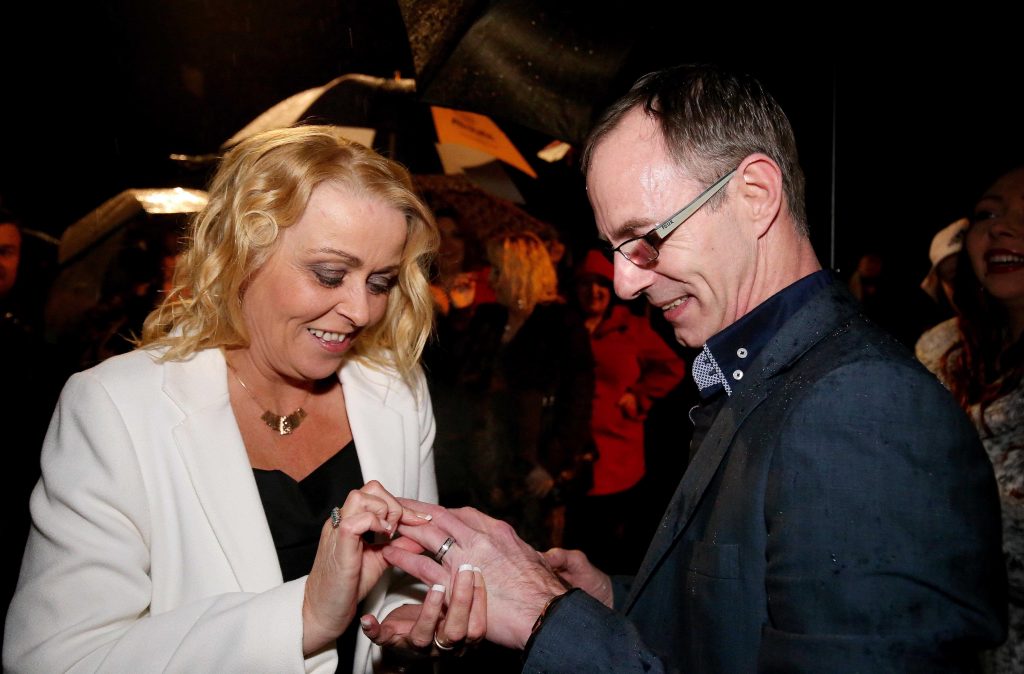 LEAP TO IT! Maureen McGarrity (46) proposed to Malachy Houston at the gates of Belfast Castle where the pair met over three decades ago and he said yes!