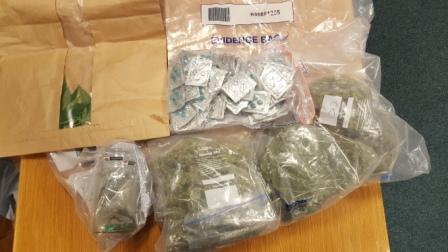 DETECTIVES from the PSNI’s Organised Crime Branch have charged a woman after they smashed a cannabis factory.

The 52-year-old woman has been charged with cultivating cannabis and two counts of having the Class B drug with intent to supply.

She is due before Newtownards Magistrates’ Court on Friday, March 18 for a first remand hearing.

A 50-year-old man also arrested has been released on bail pending further inquiries.

The pair were arrested following the discovery of a cannabis factory in the Bexley Road area of Bangor on Tuesday afternoon.

A quantity of suspected herbal cannabis and cannabis plants in various stages of growth were seized.

The cannabis seized is thought to have an estimated potential street value of approximately £35,000.

Detective Inspector Alan Pyper said on Tuesday: “The two detained persons have been arrested on suspicion of cultivating cannabis and possession of class B drugs with intent to supply and remain in custody at this time.

“A number of other items were also seized as part of this operation.

“I am very pleased to have removed these drugs from the streets of Bangor and would appeal to anyone with any information about the supply or use of illegal drugs to contact police on 101.”