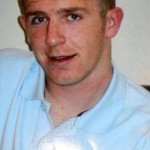 A woman has been charged with the ‘Superstick’ murder of Eddie Gibson in west Belfast.

The 28-year-old was shot in his stomach and thigh in an alley near Divis Tower on 24 October.

He died in the Royal Victoria Hospital from his injuries.

The Official Republican Movement (ORM) – dubbed the ‘Supersticks’ – were blamed for carrying out the murder.

The 56-year-old woman was arrested in Belfast today for questioning.

She was also accused of having firearms and ammunition in suspicious circumstances.

DNA evidence has now linked to the murder.

Mrs Goodman was released on bail despite police objections she may “flee the jurisdiction”.

Her 58-year-old husband, Malachy Goodman, has previously been charged with Edward Gibson’s murder.

He is currently on bail awaiting his trial.

A 68-year-old man and his 70-year-old wife face charges of assisting an offender and failing to provide information.

Detective Inspector Chris Wilson of the PSNI’s Major Investigation Team said: “This investigation is continuing and I would continue to appeal to anyone with information about Mr Gibson’s murder to come forward to police.”