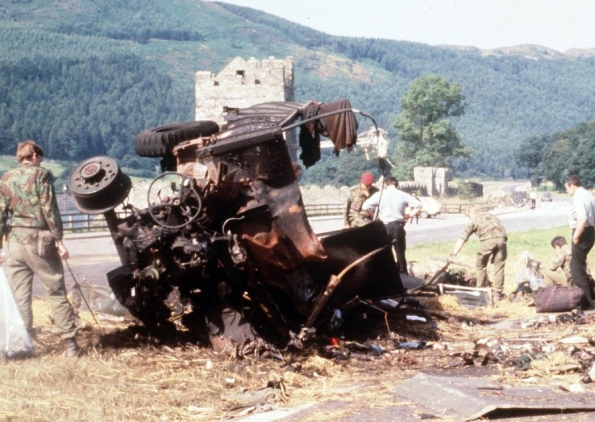 In August 1979, the IRA ambushed a British Army convoy with two large roadside bombs near Warrenpoint, killing eighteen soldiers and wounding eight others. This was the deadliest attack on the British Army in Northern Ireland during the Troubles.

EXCLUSIVE: CHIEF Constable George Hamilton is under pressure to re-open investigations into murder bids on security force members during The Troubles.

Belfast Daily can reveal that a staggering 320 former members of the security forces have now instructed a firm of Belfast solicitors to act on their behalf and make complaints to the PSNI.

The group contains former members of the RUC, PSNI and all branches of the Armed forces, including one-time SAS members who were involved in covert operations against republican terrorists in Ulster.

The legal practice has sent Mr Hamilton a letter seeking assurances that their cases will now be properly investigated by the PSNI’s Legacy Investigation Branch.

Belfast Daily has obtained a copy of the letter sent to the Chief Constable..

In it, the solicitor’s firm state: “Our clients instruct that they were the victims of violence perpetrated by members of various paramilitary organisations.

“All these incidents were documented by the Royal Ulster Constabulary/Police Service of Northern Ireland.

“Our clients instruct that only cursory investigations were carried out in respect of these incidents which led to no prosecutions.

“Our clients are aware that significant funds have been or are to be allocated by Government to investigate “legacy’’ matters.

“We now write to you to seek assurances that any outstanding complaints made by our clients shall be fully investigated.

“Please note that our clients are available at short notice to provide relevant statements to members of any investigation team if required.’’

Members of a newly formed action group set up to spearhead their campaign said there was now “open mutiny” within the ranks of the British Army over Troubles-relating killings.

The  Former Security Forces Action Committee (NI) claim the PSNI’s Legacy Investigation Branch was  “one sided’’ as it was solely focusing on shootings and killings by members of the security forces in incidents such as Bloody Sunday and Loughgall.

“Soldiers involved in Bloody Sunday are to be questioned this month over their actions that day 44 years ago,” one senior group member told Belfast Daily.

“But when is Martin McGuinness going to be arrested for what he did that day and in subsequent years against the security forces?

“When is he going to be held to account for directing terrorism, ordering murders, shootings and bombings?

“The British Government has brought a sh*t storm to its own door.

“Men who fought for their country, were wounded, were maimed, are now to be pulled through the courts for doing their job and upholding the rule of law against the fascist actions of the IRA.”

In a statement to Belfast Daily, the FSFAC (NI) said: “After careful consideration and consultation with our members, former HM forces and our former colleagues within the RUC GC and UDR CGC all of which served during Operation Banner 1969-2007 in the theatre of operations  in Northern Ireland, we  have decided to petition the Chief Constable of the PSNI to review all cases where our members were the victims of attacks by terrorists organisations during this time.

“We want a full update in the case of members who were never updated on the progression  of these investigations and the subsequent outcomes of these attacks.

“It is our contention that our members have been badly let down by the justice system. We have 320 cases for our legal representation to review before submission to the PSNI and the Police Ombudsman for Northern Ireland in the case of suspected failures to conduct full investigations in many cases.

“It is also our intention for our Northern Ireland colleagues to request a face to face meeting with the Chief Constable to discuss in detail our concerns in these matters.

“Our legal representatives have informed us that these current cases will be reviewed for submission within the next four weeks.

“Many of our members have never been spoken to by police regarding their own particular cases and totally ignored by police.

“Our mainland UK members have been advised by our former RUC colleagues to attend their local police stations and submit a statement outlining their concerned to be forwarded to the PSNI.” 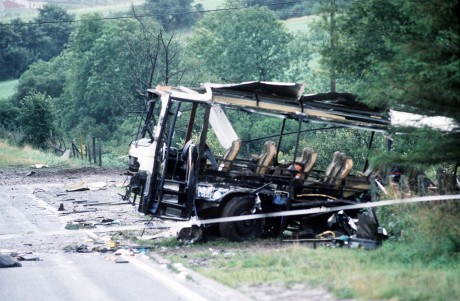 The Ballygawley bus massacre in August 1988 in which eight soldiers were killed and another 28 members of The Light Infantry died in a IRA bomb attack on a bus taking them back to their base in Omagh, Co Tyrone