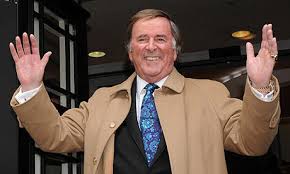 He passed away this morning after a short illness, said his family.

Sir Terry last broadcast on radio in  November before doctors told him to step back due to his health.

They also pulled him from presenting Children in Need the same month.

In a statement, they said: “Sir Terry Wogan died today after a short but brave battle with cancer.

“He passed away surrounded by his family. While we understand he will be missed by many, the family ask that their privacy is respected at this time.”

Limerick-born Sir Terry had a 50-year career on television and radio, including presenting Wake up to Wogan on BBC Radio 2 and the Wogan chat show.

He was also the voice of Eurovision for many years and had been involved in the Children in Need since it began.

BBC Radio 2 controller Bob Shennan said: “As the host of Wake up to Wogan, Terry established himself as one of the greatest and most popular radio hosts this country has ever heard.

“We were brightened by his wonderful personality and charm as he woke us up every weekday morning, becoming an essential and much-loved part of our lives.

“His millions of listeners adored him, as did his whole Radio 2 family. We will miss him enormously and our thoughts at this very sad time are with Helen and all the family.”

Sir Terry originally went into banking after college before switching careers to join Ireland’s RTE as a newsreader and announcer.

He moved into light entertainment, as a DJ and host of TV quiz and variety shows in Ireland, before joining the BBC. 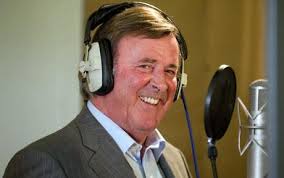 “He was a lovely, lovely man and our thoughts are with his wife and family. For 50 years Sir Terry graced our screens and airwaves. His warmth, wit and geniality meant that for millions he was a part of the family.

“Wake up to Wogan was for millions of Radio 2 listeners the very best way to start the day.

“For decades he’s been such a huge part of the BBC on television and radio and leaves so many wonderful memories.

“At the centre of Children in Need since its beginning, he raised hundreds of millions of pounds and changed so many lives for the better. He leaves a remarkable legacy.”

“He was an extraordinary broadcaster but also incredibly good fun, and will be sorely missed.”

Prime Minister David Cameron said: “My thoughts are with Terry Wogan’s family. Britain has lost a huge talent – someone millions came to feel was their own special friend.

“I grew up listening to him on the radio and watching him on TV. His charm and wit always made me smile.”