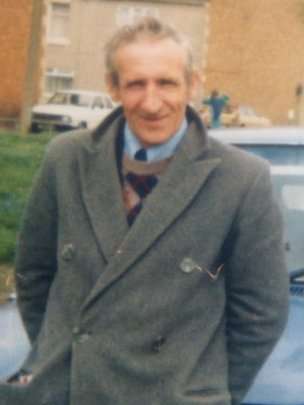 DETECTIVES in Manchester may be close to the solving the disappearance of a man from Northern Ireland who has been missing nearly 22 years.

Now police in Manchester investigating if a body found on Saddleworth Moor is that of a missing Hugh Toner.

The unidentified man was discovered lying on the moor in the north of England last December.

Greater Manchester Police believe he could be Hugh Toner.

His family has provided a DNA sample to try and establish if it is him.

Greater Manchester Police said they were keeping an “open mind” on the identity of the deceased man.

Det Sgt John Coleman said police were investigating “many possible avenues, one of which is missing persons”.

“With that in mind we have requested DNA samples from the family of Mr Hugh Toner,” he said.

“There is a resemblance between him and the man whose death we are currently investigating and that sample will allow us to either eliminate him from our enquiries or identify him.”

When he went missing he was described as being of slim build, with grey complexion.