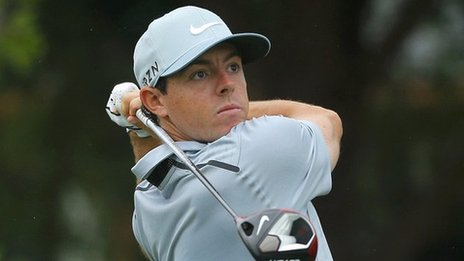 EUROPE’S Race to Dubai Champion Rory McIlroy has issued a ‘call to action’ to golf clubs throughout the island of Ireland, urging them to embrace this year’s Dubai Duty Free Irish Open hosted by the Rory Foundation and help make it one of ‘the best ever’.

McIlroy, the best golfer this island has ever produced, is fiercely proud of where he comes from and has been a great ambassador for Irish golf ever since he hit the big time, promoting Ireland’s abundance of amazing golf courses all over the world.

Now Rory is determined to maintain the Irish Open’s position as one of the premier events in the world of golf and he is personally calling on golf clubs all over the country to help him do this.

In a letter to every golf club in the Republic of Ireland and Northern Ireland, Rory has not only requested that clubs come together to support this year’s Dubai Duty Free Irish Open, which takes place at The K Club in County Kildare from May 19-22, but he has also produced his own personal ‘five point plan’ to help clubs and their members to get involved.

Rory is asking clubs all over Ireland to use existing club competitions to find a Men’s and Ladies’ champion who will then go on to represent their club in regional qualifiers with a national final to be held at The K Club.

The winning club will then receive a team invitation to play in the Pro-Am, courtesy of title sponsor Dubai Duty Free which has donated one of its much sought after team spots exclusively for this initiative.

Other features of Rory’s plan include a nationwide skills challenge for junior club members to develop their key golfing skills, special offers to encourage clubs to enjoy travelling to the Dubai Duty Free Irish Open by coach or as a group, and personalised incentives from Rory in the form of signed memorabilia to proudly display in the clubhouse.

“The Irish Open has always been very close to my heart but I would love this year’s event to be even more special as it will once again be hosted by the Rory Foundation,” said Rory.

“I am extremely proud to come from these shores and we are truly blessed with loads of great, accessible courses which I have no doubt have played a big part in Ireland punching well above its weight with the exceptional golfing talent we have produced, north and south, over the years.

“I want the entire golfing world to know this and the Dubai Duty Free Irish Open is the perfect vehicle as it showcases the quality of our golf courses to more than quarter of a billion homes around the globe.  With this in mind, I’m determined to make sure that the Irish Open, which has grown tremendously in recent years, maintains its current status as one of the best events in world golf,” he added.

“We can achieve this if we all pull together, which is why I’m asking clubs to embrace this year’s event, get involved and help make it one of the best ever.  I’m really looking forward to working with our golf clubs to promote what I believe is one of the best tournaments on the professional circuit – in one of the best golfing destinations in the world,” concluded McIlroy.

Colm McLoughlin, Executive Vice Chairman of Dubai Duty Free said:  “2016 is our second year as title sponsor of the Irish Open and we are looking forward to building on our sponsorship and adding even more initiatives to make this tournament one of the most exciting sporting and social events of the year.

“We are also very pleased to be able to offer one of our own pro-am teams for the Dubai Duty Free Irish Open Club Challenge and are hoping that all the clubs around Ireland will really embrace this great initiative.

“It’s a marvellous opportunity for clubs and their members to have the chance to play with some of the world’s top golfers and see the golfing action up close and personal!,” added Colm.

Keith Pelley, Chief Executive of The European Tour said: “We are always looking at ways to innovate and attract people to the game of golf which is why we wholeheartedly support the five point plan outlined by Rory today, a plan which will not only continue to increase the excitement around this year’s Irish Open, but will also foster greater interest in our sport in general.

“We are also delighted to see so many of the initiatives involving children. We have shown recently that participation in all different forms of golf is strong amongst the younger generation and I am sure they will love coming to The K Club in May to see their golfing heroes in action.”

There are already plenty of reasons why this year’s Dubai Duty Free Irish Open is shaping up to be one of the best, including a record prize fund of €4 million which is sure to attract some of golf’s most exciting players.

In addition, having officially hosted a sell-out Dubai Duty Free Irish Open at Royal County Down last year, 2016 is the first year that Rory will be hosting a tournament south of the border, through his charity the Rory Foundation.

A portion of all tickets sales this year will go towards the Foundation which was established by McIlroy in 2013 to help children live better lives by raising funds and offering support to children’s charities around the world.

This year will also be the first time that The K Club will host Ireland’s national Open, fittingly on the 10th anniversary of the course hosting Europe’s memorable victory over the USA in the 2006 Ryder Cup.

Despite so many positive features to this year’s event, Rory is still determined to drum up support from Ireland’s 420 golf clubs and has come up with a number of initiatives aimed at encouraging them to get behind the Dubai Duty Free Irish Open, as well as helping to further develop the game of golf in Ireland.

Title sponsor Dubai Duty Free is offering one lucky team from an Irish golf club the unique opportunity to play in this year’s Pro-Am.  So Rory, in conjunction with the Golfing Union of Ireland (GUI) and Irish Ladies Golf Union (ILGU), is asking all clubs in Ireland, north and south, to use existing competitions to find a Men’s and Ladies’ champion (Junior members also eligible to compete) to represent their club in regional qualifiers in late April with a national final to be held on the Smurfit Course at The K Club in early May.  The overall winning team, which will also include an official nominated by the winning club, will receive a team invitation to compete alongside a top professional in the Dubai Duty Free Irish Open Pro-Am.  Full details on how to enter will be available at www.golfnet.ie.

2)    The Irish Open Skills Challenge – to encourage young golfers to be the best that they can be, Rory has teamed up with Confederation of Golf in Ireland (CGI) and The European Tour to encourage golf clubs to take part in this competition which is designed to help children under the age of 15 to develop their Putting, Chipping, Iron Play and Driving skills in a team environment.

Rory is asking every club in the Republic of Ireland and Northern Ireland to enter an U15 Boys’ team and an U15 Girls’ team in the provincial qualifiers, with four players per team – each specialising in one of the four particular skills.  The four individual skill scores are combined to make up a final team score and the winning team from the national final will win a unique ‘meet and greet’ opportunity with a top player at this year’s Dubai Duty Free Irish Open Pro-Am.  Full details on how to enter will be available at www.golfnet.ie.

3)    Get Into Golf With Rory – one of Rory’s key aims this year is to encourage children who have never picked up a club to take an interest in golf.  So he has joined forces with the CGI to develop an exciting new schools programme called Get Into Golf With Rory.  Throughout the country, more than 30 clubs have been selected to run a five-week primary school coaching programme with follow-on activities and membership packages.  Schools have yet to be selected but the overall aim of the programme is to offer thousands of primary school pupils the opportunity to get their first taste of golf and create a pathway to continue golf in their local golf club.  Full details on the Get Into Golf With Rory programme will be available at www.golfnet.ie.

4)    Group deals for Clubs – from his early days at Holywood Golf Club, Rory has always loved the camaraderie and community spirit of golf clubs so this year he is encouraging clubs to enjoy the Dubai Duty Free Irish Open experience as a club.  To help with this, the European Tour and Rory have created a number of special ticket and coach offers that are exclusive to golf clubs.  So hop on board – and why not bring the family too for a great day out!  What’s more, Rory will give the top four clubs who bring the most members as a group a personally signed Pin Flag to proudly display in their clubhouse!  Details on how clubs can travel as a group to this year’s Irish Open will be available atwww.dubaidutyfreeirishopen.com.

The Dubai Duty Free Irish Open 2016 is also supported by the Irish Government under the auspices of the Fáilte Ireland and Sport Ireland. 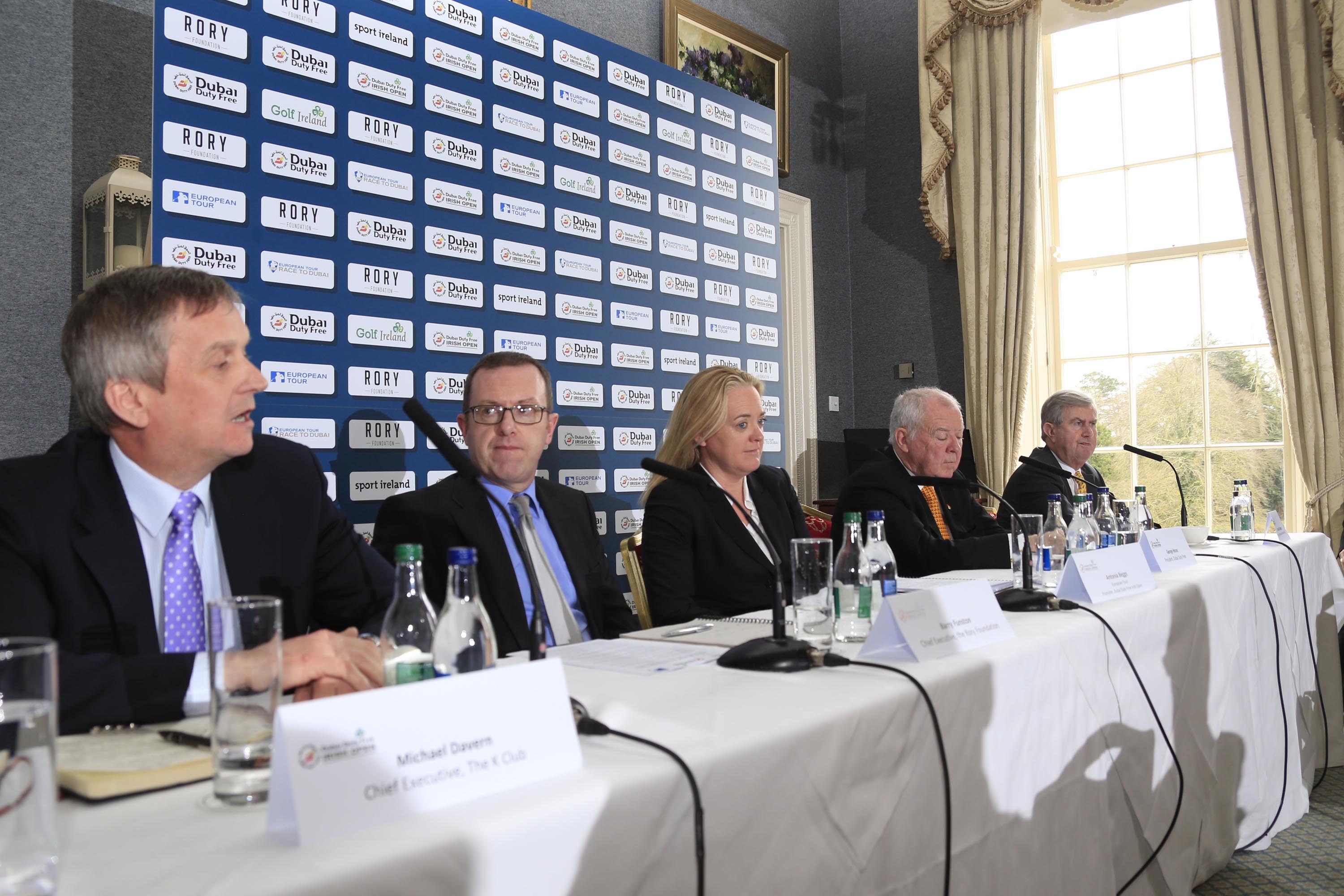