RAYMOND MCCORD CALLS FOR PUBLIC INQUIRY INTO HIS SON’S MURDER 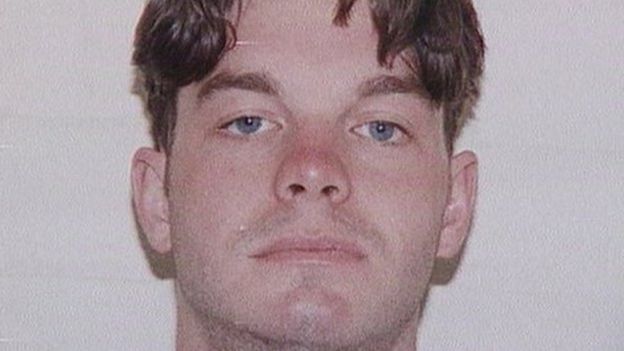 Raymond McCord jnr was murdered by the UVF in November 1997

THE campaigning father of Raymond McCord junior – bludgeoned to death by a UVF informant with a breeze block – has called for a public inquiry to be heard into his son’s brutal killing.

The 22-year-old former RAF radar operator was murdered by the UVF at a quarry in the northern outskirts of Belfast in November 1997.

He was lured to Ballyduff quarry on the pretext he was to receive a “flesh wound” after he was caught bringing drugs for the UVF’s Mount Vernon unit.

The gang planned to use a reactivated deactivated gun but it jammed when Willie Young – who was out on weekend parole from the Maze prison at the time – pulled the trigger.

Young then lifted a breeze block and smashed it into the head of Mr McCord.

At a preliminary inquest hearing today into the murder, Lord Justice Reg Weir QC heard that it could be up to four years for an inquest into Mr McCord’s murder to be ready to proceed.

The court was told that the delay was because of ongoing criminal proceedings which may or may not be linked to the murder.

They relate to former south east Antrim UVF brigadier Gary Haggarty who is currently awaiting trial on over 200 terrorist offences, including murder.

The court was told the inquest into Raymond McCord’s death would not be able to go ahead until the the case involving Gary Haggarty is completed.

Haggarty’s case is still being dealt with in the magistrates court as he is disputing a number of the charges he faces.

He is currently living in police protective custody at an undisclosed location in England and in good health.

Lord Justice Weir said: “The case is slightly unusual as somebody has provided the police and the ombudsman with information which might lead to action being taken against people who acted directly or indirectly into the death of Mr McCord.”