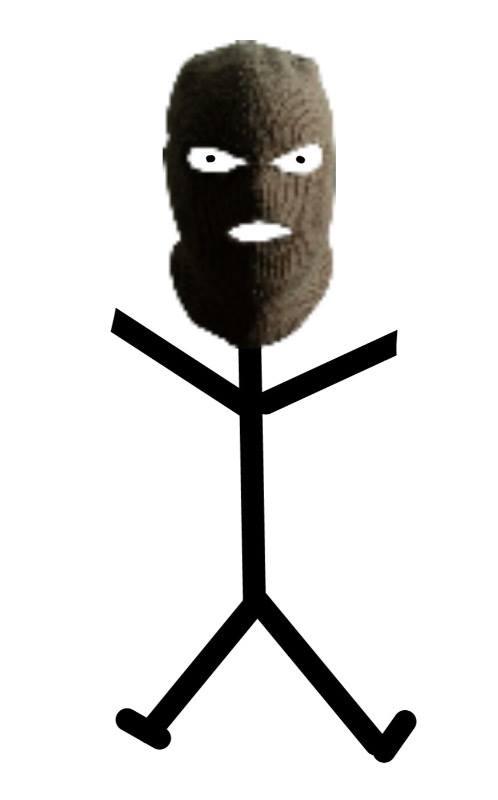 Meet ‘Dissident Dan’, a stick man with a balaclava drawn up by cops to mock rioters

DOZEY rioters are getting a bit of ‘stick’ from a new cartoon drawn up by cops.

The PSNI have created balaclava-clad ‘Dissident Dan’ in a bid to get their message across about hate-filled yobs rioting in Lurgan for five hours on Sunday night.

‘Dissident Dan’ was brought to life after cops faced a ferocious onslaught of over 100 petrol bombs and even a gunshot in the Co Armagh town at the weekend.

‘Dan’ – based on the stick man ‘Be Like Bill’ memes which have been all over social media in recent weeks – refers to the endless attacks on trains which run close to the republican Kilwilkie area.

Appearing on Facebook, his story goes: “Dissident Dan has an irrational hatred of trains.

“Dissident Dan also hates the people of Lurgan going about their day to day lives in peace.

Thousands of people have given their support to the character’s message.

“But I welcome the way the PSNI are using social media innovatively to reach out to young people.”

But one local reader, Danielle Maguire, voiced her distaste writing: “This is PSNI Pete.

“PSNI Pete has an irrational hatred of Irish Republicans.”

However, others have responded more in support of the police.

Trish Elliott posted: “Dan is probably only in his 20’s, his Xbox has broken so he goes out to “play”

“Dan has had a tough life, dad left; well it might have been his Da?

“When he was three.

“Mum drinks da Bucky and lives off the brew.

“Dan really needs a mental health assessment but the waiting list is too long.

“Still rather than buying him a new Xbox or wasting any more time on him da boys from the hood will beat 40 shade outta Dan.