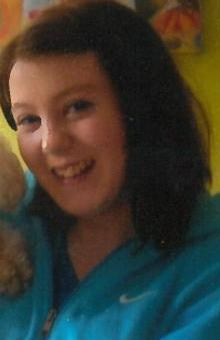 POLICE and the family of missing Sophie Hunter are becoming increasingly concerned for her welfare.

The 16-year-old was last seen in the Belvoir area of south Belfast yesterday morning, Tuesday, 19 January.

She is described as being approximately 5’6”-5’7” tall, of slim build with dark brown mid length hair cut in a bob.

She wears this up in a ponytail.

Sophie was carrying a backpack style bag with yellow smiley faces on it.

It is believed Sophie may be in the Belfast or Bangor areas.

Police are appealing for Sophie, or anyone who knows of her whereabouts to contact them in Lisburn Road on the non-emergency number 101.