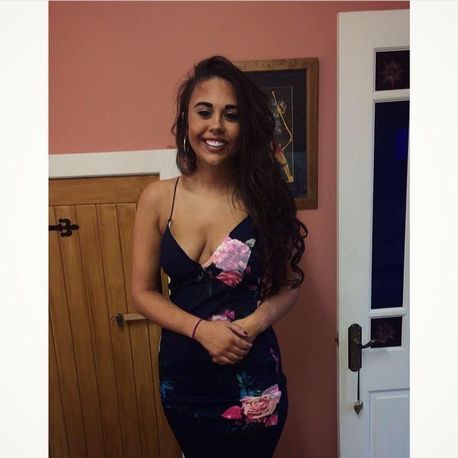 A special prayer service is being held this afternoon for Ellen Finnegan, the tragic teenager who died in a fire at her flat on Saturday.

It will be held at Ellen’s Assumption Grammar School in Balynahinch.

The blaze broke out in the bedroom of the flat in Castlewellan’s Lower Square at about 4 am.

The 19-year-old died despite the valiant efforts by paramedics to revive her.

She died on the third anniversary of her mother’s death.

The fire was in the flat above her father Bartley’s butcher’s shop.

NIFRS brought in 22 firefighters to bring the blaze under control.

Fire service group commander Max Joyce said it is not yet clear what caused the fire.

“Essentially the blaze itself was contained to a bedroom just over the butcher’s and there was a fair bit of heat coming off it.

He appealed for anyone who does not have a smoke alarm in their home to get one as soon as possible.