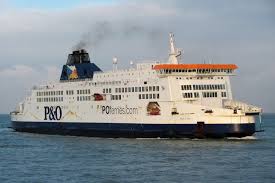 P&O has announced it is to end its loss making Larne to Troon sailing route.

The company said that the closure was because of “significant losses” and that “income from ticket sales” did not cover the costs of running the route.

No jobs would be lost as all permanent staff are to be given different roles within the company.

The decision does not affect its Larne to Cairnryan route which remains in operation.

P&O said in a statement that an attempt to save the Larne to Troon route by cutting the service in off-peak months had failed.

“Whilst this measure did significantly reduce the operating costs, the route remained loss-making,” it said.

“Since the last sailing at the end of September, P&O Ferries has continued to negotiate with a number of suppliers and other organisations, including the search for a lower cost chartered fast-craft to be able to continue, but we have been unable to develop a solution for the company.

“The company believes that this decision will enable a more secure future for its employees and for its customers on the northern corridor.”