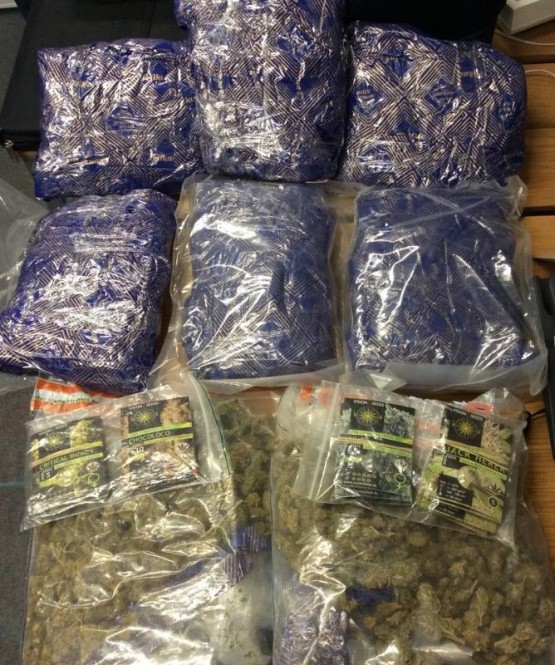 POLICE have arrested two people almost a year after a £15,000 worth of drugs was intercepted on its way to Northern Ireland.

The PSNI said: “In early 2015 a package was intercepted by West Midlands Police in transit to Ballymena from Holland.

“The package was found to contain 1.5kg of herbal cannabis with an estimated street value of approximately £15,000.

“An investigation was undertaken by officers from PSNI Ballymena’s District Support Team which has resulted in the arrest of two locals persons and a file being prepared for the Public Prosecution Service.

“This is not simply a case of small time possession but an organised attempt to smuggle drugs into Northern Ireland for criminal gains.”