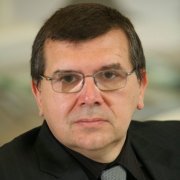 LIAM Clarke, the political editor of the Belfast Telegraph has died, his family have said today.

His wife Kathryn (Cathy) Johnston posted the news on her Facebook page this afternoon.

She penned: “I am very sorry to say that Liam Clarke died very suddenly but peacefully last night.”

He is survived by wife Cathy and a son and daughter.

Liam had been battling a rare form of stomach cancer and wrote about his battle with the illness in his newspaper in March 2014.

He said he backed the ‘Dignity to Die’ campaign and was a practising Zen Buddhist.

The veteran journalist joined the Belfast Telegraph in January 2011 as its political editor.

He had previously been the northern editor of The Sunday Times where he first exposed Tom ‘Slab’ Murphy as a top Provisional IRA man and wealthy cross border pig smuggler.

He was also the first to reveal in The Sunday Time that the British Army had an agent at the highest echelons of the IRA who was codenamed ‘Stakeknife’.