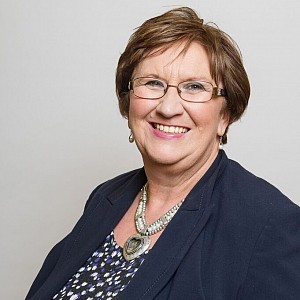 SDLP Policing Board Member Dolores Kelly MLA has said that a Police Ombudsman Report into the police investigation into the attempted murder of Officer Peadar Heffron has revealed “gross and disturbing deficiencies in intelligence handling and investigative practice”.

The device exploded as he travelled along the Milltown Road in Randalstown, Co Antrim.

She said: “The attempted murder of Peadar Heffron was a horrendous crime carried out by reckless, sinister thugs intent on mayhem and destruction.

“It was met with utter revulsion in communities across the North and should have demanded the highest standard of investigation from the police.

“This report details consistently shocking and disturbing deficiencies within the handling of intelligence relating to this appalling crime.

“A litany of senior officers within the PSNI C3 intelligence unit wilfully ignored repeated requests for intelligence from officers investigating the attempted murder of Mr Heffron.

“It was not some short delay or oversight, this dereliction of responsibility went on for 28 months.

“That is an appalling and gross abdication of responsibility to a victim and a colleague. It was only after C3 officers were aware that the Ombudsman had launched an investigation that they made intelligence available.

“If this is the standard of service that the C3 unit and its officers provided when investigating the attempted murder of a colleague, how can the public have any confidence in their investigation of other matters?

“Distinct from the disturbing details of the flawed handling of intelligence, the report also raises serious issues about a decision by senior officers to downgrade the level of sanction applied to officers relating to their misconduct in this affair.

“The Police Ombudsman is an independent office and any move to reduce sanctions for such serious misconduct must be explained.

“The Chief Constable will have very serious questions to answer when he appears before a special meeting of the Policing Board on Tuesday.”

Chief Constable George Hamilton and his deputy chief constable Drew Harris will be at the Policing Board meeting on Tuesday, December 22 to be questioned about the report.