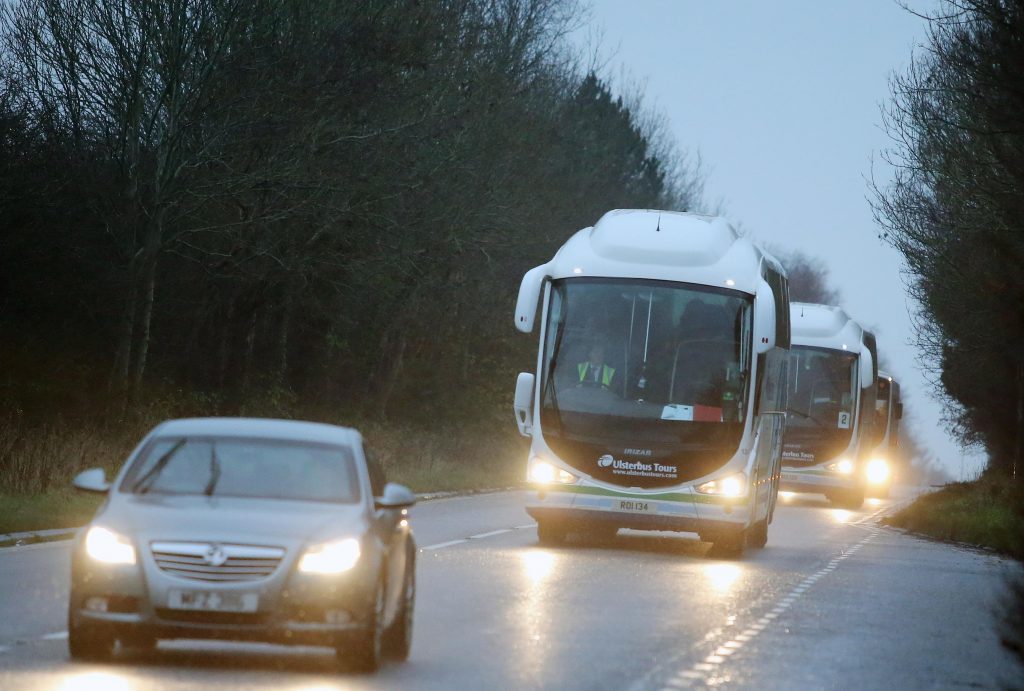 51 refugees from Syria, consisting of 10 families including a new born baby, land at Belfast International Airport after flying from Beirut in Lebanon.
Pictures by Jonathan Porter/PressEye

A TOTAL OF 51 refugees from Syria, consisting of 10 families including a new born baby, have arrived in Northern Ireland.

Their plane touched down at Belfast International Airport after flying from Beirut in Lebanon.

The families displaced by the on-going war in Syria will be housed in Northern Ireland under refugee status.

Coaches carrying the refugees with a police escort make their way from the airport.

Denise Wright, co-ordinator for Refugee Asylum Forum, explained what would happen once they arrived in the province.

“They’ll be taken to a welcome centre where they’ll obviously get a meal and just recuperate from the travel,” she said.

“Over the next few days they will be going through the systems in order to get recorded on different databases and make sure they get everything they are entitled to and link them up with key workers who will help them get through that process.”

Ms Wright said the forum had been “overwhelmed” with people wanting to help.

“Obviously these are only 10 families that are coming.

“There are only so many buggies and so many bags of clothes we can take so we had suggested that people might send us welcome cards,” she said.

“We’ve been completely inundated, hundreds and hundreds of them, just to show that real sort of Belfast, Northern Ireland, welcome.”

She said she was aware that some people were “not happy” about the arrival of the refugees.

“They’re a tiny minority and it’s always worth remembering that and hopefully the communities that these people move into will rally around them,” she added. 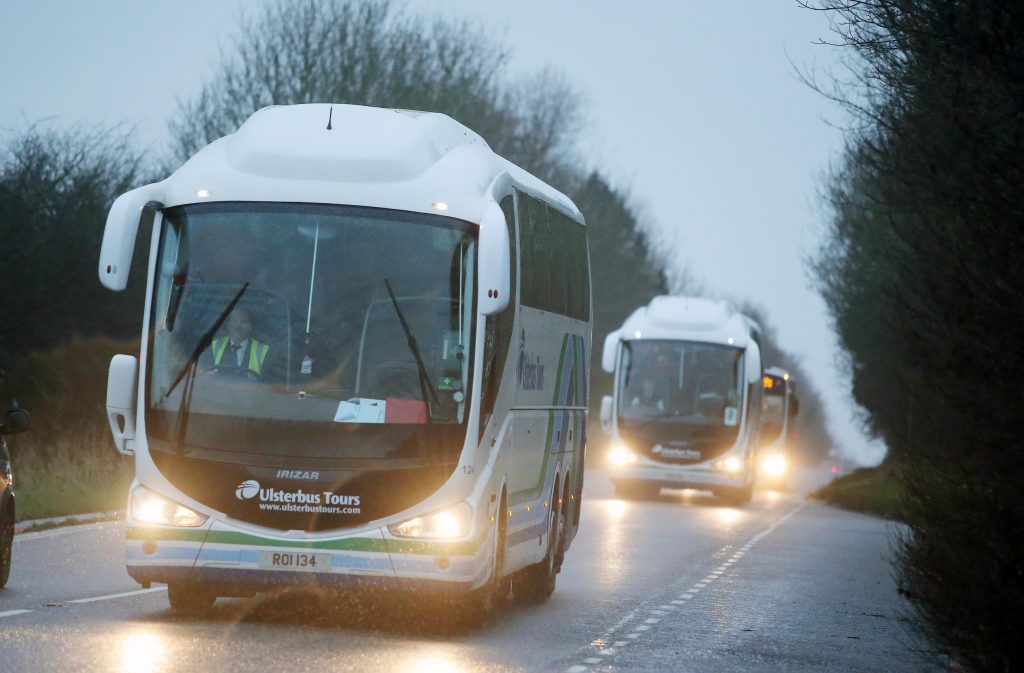