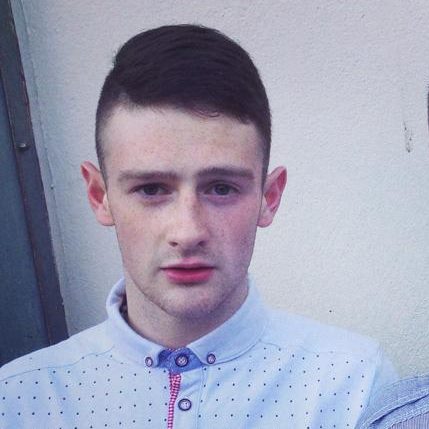 DETECTIVES from the PSNi’s Major Investigating are quizzing five teenagers over the brutal and savage murder of Christopher Melin in west Belfast at the weekend.

The 20-year-old was jumped by a mob of up to 30 people as he walked to a nearby bar for a late night carryout.

The father-of-one was found at Glasvey Close in Twinbrook with severe head and facial injuries.

“The victim of this attack was 20 year old Christopher Meli, from Sliebh Dubh Lane, in west Belfast.

“Christopher was the father of a two year old boy. He is survived by his mother, father and four younger brothers.

“The sympathies and condolences of the Police Service are with the entire family circle at this very difficult time.

“Sometime between midnight on Friday and 1am on Saturday morning, Christopher was subjected to a sustained and vicious assault, resulting in fatal injuries. His death has caused devastation to his family and shocked the wider community.

“To date there have been five arrests in relation to this murder. Two 18 year old men and a 16 year old youth who were arrested on Saturday afternoon remain in custody. We have been granted warrants by a District Judge for their further detention.

“Another two teenagers, aged 18 and 17, were arrested in connection with the murder yesterday afternoon.

“All five suspects are being interviewed by detectives from Serious Crime Branch at a police station in Belfast and those interviews will continue.

“A number of witnesses have come forward and a picture is starting to emerge of what happened late on Friday night, running into early Saturday morning.

“At this stage I believe that Christopher was one of a group of four people, when he was set upon by a number of individuals from a much larger group.

“There appears to have been an initial incident on the Stewartstown Road before the attack on Christopher in an area known locally as Doc’s Lane.

“Christopher became separated from his friends and he was fatally assaulted at the location where his body was found, in Doc’s Lane.

Some of those people who were in that larger group may not have been involved in the attack on Christopher, nor may they have anticipated the outcome of the attack.

“Police are working to establish exactly what happened and who was involved.

It is only a matter of time before detectives identify everyone who was there and I am appealing for those people to come forward now and co-operate with this investigation by telling police what they saw.

“Come to us before we come to you.

“Anyone who was involved in the attack on Christopher should understand that they will be identified and it is in their interests to come forward now, voluntarily and with a solicitor if necessary, so that their role can be properly established.

“The response and support from the local community, from people of all ages, has been very positive.

“People are rightly outraged by what has happened. I would like to thank the community for their assistance and co-operation and ask them to continue to work with us so that we can identify everyone involved in this tragic incident and bring those who played a part in Christopher’s death before the courts.

“Anyone with information, or any young person who was there, can call detectives on the non-emergency number 101 or use the independent charity Crimestoppers number 0800 555 111.”