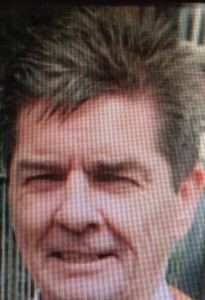 POLICE and the family of missing 52 year old Robert Lightbody are becoming concerned for his welfare.

It is the second time he has gone missing over the course of the last number of weeks.

On the first occasion he went missing, Robert was found safe and well.

His family say that he is suffering from mental problems at the moment.

They are hoping he will return home again safe and well.

Inspector Jonathan Francey said: “Robert was last seen by relatives in Newtownards on Sunday 06 December at 11.30 am.

“He was wearing jeans a blue coat and a black hat.

“Robert is approximately 5’6” tall, of medium build with grey hair and blue eyes and he has a bird tattoo on his right hand.

“It is thought that Robert may have been in the Shaftesbury Square area of Belfast yesterday.

“I would ask Robert or anyone who knows of his whereabouts to contact Police at Ards on the non-emergency number 101.”