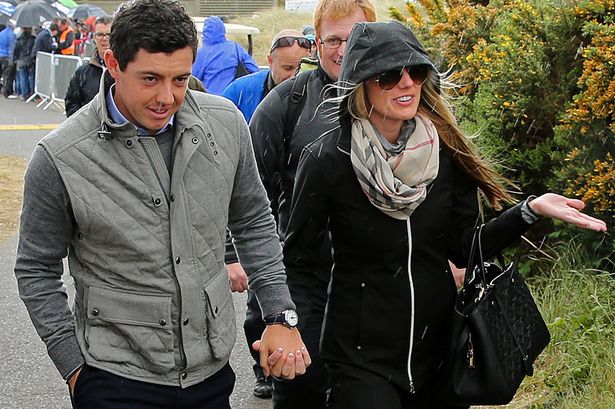 GOLF ace Rory McIlroy has putt the marriage question to his stunning birdie Erica Stoll, according to reports.

The Holywood star, 26, is believed to have got engaged while on a romantic break with the American beauty in Paris.

Central Golf Daily has claimed that the loved-up couple are now engaged — while McIlroy shared a snap of the Eiffel Tower on Facebook last night.

They said: “He got down on one knee and made a romantic proposal last night.

“Perhaps it was fitting that the venue for the proposal was Paris, after a tough couple of weeks for the city.”

The pair, who have been dating for over a year, met in September 2012 while McIlroy was dating tennis ace Caroline Wozniacki.

In 2013, the golfer ended his engagement to the Danish babe just days after sending out wedding invitations.

The former world number one called off his relationship with the 24-year-old after he realised he was not ready for marriage.

McIlroy previously revealed he has been spending more time in Florida to be closer to Erica, who works for the Professional Golfers Association.

He said: “We haven’t really been putting it out there. She is from America, which is why I like to spend time in Palm Beach.

“She doesn’t play golf, but she is involved with golf. I have known her for three years and we are good friends.”